The human body's exact requirements for (and use of) dietary minerals is still not fully understood by science, but there are at least 14 that are known at this point to be absolutely necessary. In addition to these essential minerals, there are some that are not absolutely required by diet, but can have beneficial effects on health and performance when consumed.

There is still scientific debate over whether or not a number of trace minerals are essential to support human life. There is a general consensus that the following 14 minerals are required in diet by all mammals, however.[1,2]

These minerals are either not thought to or not yet proven to be necessary in a regular diet, but have been shown to have some beneficial function in the body.

A recent study of the mortality rates of over a million residents in the Oita prefecture in Japan concluded that regular exposure to low doses of lithium in drinking water improved lifespan.[13] Direct studies of lithium supplementation in human patients have not yet been done, however.

Each essential dietary mineral has a recommended daily allowance (RDA) that is determined by age and gender. The one exception is sulfur, which you'll get plenty of if you're consuming enough protein and amino acids. Some non-essential dietary minerals have been assigned an adequate intake, rather than an RDA. For some minerals, no tolerable upper intake levels have been established.

The data below, provided by the Institute of Medicine, includes the RDA or AI for many of the minerals mentioned above. These amounts are for adults between the age of 18 and 50.

*Where indicated, adequate intake is provided in place of the RDA.

In terms of supplements, nutritional minerals can be produced in four forms:

Each of these methods differs in bioavailability (the percentage of the nutrient that your body will actually absorb), production quality, and purity.

Elemental minerals are the cheapest to produce and cost the least at market, but are also the lowest quality. They're generally composed of the straight mineral in a liquid or powder. That's a problem for bioavailability because minerals typically aren't taken up well unless they're bound to something that aids in absorption. With elemental minerals, you may be looking at 10% or less of the listed content actually making its way into your system.[17]

Ionic minerals have been ionized to aid in their uptake by the intestinal wall.[18] In theory, this should improve the rate of absorption greatly over that of elemental minerals, but there is little in the way of direct study and comparison of supplements to provide hard numbers at this time.

Multi-minerals or multivitamins are generally where you'll see a colloidal preparation, as the purpose is to distribute the mineral content as evenly as possible throughout each dose. These supplements often advertise an uptake of up to 99%, but the science at this point doesn't back those claims. Colloidal minerals are actually larger than those in the other forms, which may hinder absorption.[19]

Chelation is the changing in shape or chemical configuration of a molecule so that it may interact more readily with some other type of molecule. Mineral supplements are chelated specifically to bind to receptors in the intestine. However, not all chelates are created equal.[20] See the "What We Like" section for further detail on how to select chelated minerals.

Dietary minerals are found in a wide variety of foods. Below are a few of the richest sources of each.

Many minerals share receptors in the body. Taking a flood of minerals in through a multi-mineral or multivitamin may actually work against you as minerals you don't really need can block absorption of minerals your body needs. It's best to determine which minerals your diet is deficient in and supplement with those specific nutrients accordingly.

You'll see that manufacturers claim that most minerals promote increased muscle strength and enhances growth. We can thank lax FDA regulations for that. The truth is, there's no science right now indicating taking an excess of any particular mineral helps improve performance or increases gains. The best you can do is ensure you're getting what you need each day for general health and energy. Some minerals do support muscle function, but mega-dosing on those minerals is counterproductive.

The following minerals have caused health issues when taken as supplements, and should be avoided outside of the amounts taken in naturally through a healthy diet.

Silver is sometimes marketed as a natural remedy for colds and congestion. There's no real evidence to support this, and taking too much silver can cause a condition that causes the skin to turn a bluish-gray color (sometimes permanently).[22] The condition is known as agyria.

The following minerals have caused health issues when taken as supplements, and should be avoided outside of the amounts taken in naturally through a healthy diet. 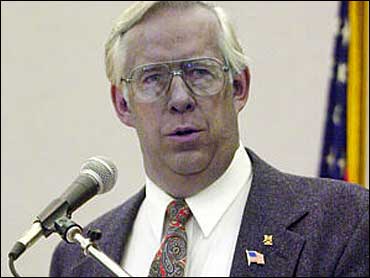 Stan Jones, senatorial candidate, developed argyria after consuming colloidal silver. It is estimated that Jones drank up to 4g of a homemade elixir for fear there would be a shortage of antibiotics following Y2K. (Spoiler alert: No shortage occurred.)

Silver is sometimes marketed as a natural remedy for colds and congestion. There's no real evidence to support this, and taking too much silver can cause a condition that causes the skin to turn a bluish-gray color (sometimes permanently).[22] The condition is known as agyria.

Vanadium is still legal for sale in the United States, but has been banned in Europe as a food additive due to concerns about side effects.[23] OSHA considers vanadium a toxic substance and recommends avoiding contact with the mineral entirely.[24] Minute amounts of vanadium are found in some foods, leading scientists to believe that it may serve some purpose in humans, but as of now there is no clue to what that is or what the recommended daily intake or upper tolerable limit might be.

Fluoride is a lightning rod for controversy. It's been added to drinking water in much of the world in the belief that it combats tooth decay. However, study results are mixed on whether actually ingesting fluoride does anything advantageous for oral health - it may be that topical application is the only way it provides benefit, and there are a range of side effects from gastrointestinal discomfort to permanent white spots left on teeth, a condition known as fluorosis.[15]

Fluoride also has a toxic dosage, has caused bone deformities in growing children, and can be fatal in large amounts.[16] Supplementation is not necessary as it's so widely available in tap water and in oral care products.

You'll find a full range of mineral supplements here at PricePlow, and often at 30% to 50% off of retail prices.

Based on all the scientific evidence available at this time, chelated mineral supplements appear to have the highest rate of absorption. They are also generally the most expensive, however.

If cost is an issue, the next best choice is an ionized mineral. Elemental minerals are absorbed by your system, but not very effectively. The rate at which colloidal minerals are actually taken up has not yet been researched, but there is solid theoretical reason to believe they may be the most poorly absorbed of all four types.

If you're purchasing a chelated mineral, however, be aware that there are varying qualities in terms of digestion. In general, the following chelation types should be avoided:

The quality of a chelate is primarily based on how small it is - the weight should ideally be about 1,500 daltons and use glycine as the binding agent.[20]

While many multivitamins and nutritional supplements provide a dose of magnesium, unfortunately not all forms are absorbed equally. Our powdered Magnesium+ offers a flavorful twist on two highly...

Calcium and Magnesium are minerals that are known to be essential for bone health. Along with these two important minerals. NOW Cal-Mag DK Caps provide Vitamins D and K....

NOW Foods Cal-Mag with Zinc, Copper, Manganese and Vitamin D Cal-Mag Caps contain the minerals that are essential for bone health.* In addition to calcium and magnesium, Cal-Mag...

Benefits of NutraBio Chelated Zinc (30mg) Minerals are required for normal growth and maintenance of the body. Supplies 200% of the Daily Value (30 mg) of zinc per single-capsule serving. NutraBio...

Support the growth and function of bones, muscles, nerves, and heart. Act as a catalyst for over 300 ezymatic reactions in the body. Work synergistally to support normal bodily function. split...

This form of Zinc is a complex of the essential mineral zinc and carnosine, a naturally occuring substance found within the body. This unique form helps to restore the mucosa lining in the gut and...

Our advanced formula, which contains essential vitamins and minerals to support you with your goals. Each softgel is packed with calcium, magnesium, zinc, as well as vitamin D3 — boosting your...

For those who are looking for bone health support.100 Tablets Learn More

Zinc is as essential mineral that plays an important role in many enzymatic functions. Learn More

Muscle Support - Don't let your health fall behind with our magnesium supplements for men and women which is an essential mineral that supports body functions like nerves and muscle recovery.*