The term Nootropic was introduced in the early 1970s. Often referred to as cognitive enhancers or smart drugs, nootropics are compounds that are used to improve cognitive functions, such as attention, learning, concentration, memory, motivation, and problem solving. While all substances classified as nootropics demonstrate some form of mental enhancement, they all do so in unique ways, through different pathways and mechanisms in the body.[1,2]

The following list briefly covers the most common ingredients that appear in nootropic supplements. If you are interested in learning more, each ingredient has its own page providing further details.

Bacopa monnieri is a perennial plant that has a rich history in Ayurvedic medicine, where it is categorized as an herb that "assists the mind, and enhances awareness," according to several sources.

In Ayurveda, the traditional Hindu medicinal system based on the idea of balance in bodily systems using herbs, diet, and yogic breathing, it is commonly known as Brahmi, is used to treat depression, insomnia, epilepsy, and schizophrenia.[8] Various studies support the cognitive enhancing effects demonstrated by Bacopa, especially memory and attention.[9,10,11]

Choline is an essential nutrient required for healthy brain function. It can be synthesized by the body in small amounts, and up until recently, scientists believed that the body could compensate for choline deficits through other nutrients.

It is now accepted that choline is essential and needs to be consumed through diet or supplementation.[12,13] A number of studies have also verified choline's cognitive benefits. [14,15]

DMAE, which is sometimes referred to as deanol, is a precursor to choline. It allows the brain to optimize the production of acetylcholine, a primary neurotransmitter involved in cognitive functions, such as learning and memory.[16,17,18] One study found DMAE useful in helping learning disabled children.[19] A handful of other studies on rodents have shown that it has beneficial effects on memory.[20,21] 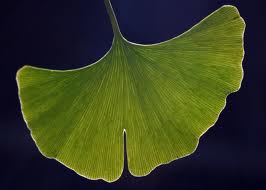 Any nootropic effects derived from ginkgo biloba comes from the plant's leaves.

Much of the research surrounding the ginkgo biloba herb is based on a standardized extract derived from the ginkgo leaf.

Ginkgo biloba is one of the best selling herbal supplements is in Europe and the United States. Traditionally, it has been used to improve memory and treat blood disorders. These benefits have been confirmed, to some degree, in modern studies.[22]

Some scientific literature claims that ginkgo biloba may have the potential to enhance mental function in younger people.[23] There is even more evidence that it can provide some amount of relief to individuals suffering from Alzheimer's.[24,25,26]

Ginseng is a highly sought after and extremely expensive medicinal herb. The root is the part most commonly used. Ginseng must be cultivated for at least five years before being harvested. Because of this, top quality roots can sell for upwards of $10,000.

There are three different plants referred to as ginseng:

*Siberian ginseng is not actually related to ginseng at all, it is commonly known as eleuthero.

When panax ginseng is heat dried, it is considered red ginseng. When it is dried naturally, it is called white ginseng. In Traditional Chinese Medicine (TCM) both versions of panax have unique benefits.[27,28,29,30] American and panax ginseng are rich in a saponin called ginsenoside, which has been used effectively to protect against neuronal damage that impairs learning and memory.[31][32] A double blind, placebo-controlled study found that red panax ginseng was effective at improving cognitive function.[33]

Huperzine A is a potent compound that belongs to the same class of chemicals as caffeine and cocaine, known as alkaloids. It is sold over the counter as a brain booster because of its potential for enhancing mental function. Studies have suggested that it may improve memory, and it is commonly used to treat Alzheimer's disease and other similar conditions.[34,35,36]

Inositol, unofficially known as vitamin B8, is a naturally occuring isomer of glucose. High concentrations of inositol are found in heart and brain tissue. It plays important roles in a number of regulatory mechanisms in the body, especially in relation to muscle and nerve tissue. It's also key to proper functioning of cell membranes.

Inositol is present in food in three forms:

NADH is considered to be a vitamin B3 co-enzyme.[48] Research suggests that it might be effective at preserving, and even enhancing, cognitive function.[49] It also appears to play major roles in longevity and several age-associated diseases, including neurodegenerative disease.[50] Additionally, there is some evidence supporting its potentially protective effects against a broad range of cognitive disorders, including stroke and Alzheimer's disease.[51,52,53] Deficiency in NADH has been linked directly to the disease pellagra.[54] There is also some proof that it may be helpful in treating chronic fatigue syndrome.[55]

Phosphatidylserine belongs to the class of chemical compounds known as phospholipids. It's an essential component in all cells, specifically, the cell membrane (the "skin" of the cell). Research suggests that phosphatidylserine may be helpful in treating declining mental function and depression in the elderly.[59-63]

PQQ, also known as methoxatin, was first recognized as an enzyme co-factor in methylotropic bacteria. There are some reported benefits from PQQ supplementation related to immune, antioxidant, and cognitive functions.[69] PQQ has also been shown to increase nerve growth factor and protect against neurodegeneration.[70-72]

Schisandra is a fruiting vine native to eastern Asia. The small red berries produced by this infamous medicinal herb contain a lignan called schizandrin.[85,86] which has been fairly well studied for its possible mental health benefits. It's speculated that schizandrin's cognitive-enhancing potential could be due to its powerful antioxidant and neuroprotective properties.[87-92]

Vinpocetine is an alkaloid that provides very promising neuroprotective effects. It has been regarded as a full-fledged nootropic because of its ability to improve both short and long-term memory, and increases alertness. It is suspected that vinpocetine acts as a cognitive enhancer through a number of mechanisms. One of the most prominent is its ability to enhance blood flow to the brain.[94-98] One study even described it as "Viagra for the brain."[95]

There is a wealth of evidence demonstrating ALCAR's positive effects on brain function and cognition. Many of these benefits have been associated with its neuroprotective, antioxidant qualities and its ability to enhance the production of adenosine triphosphate (ATP).[104, 105, 106, 107, 108, 109, 110]

Some nootropics, when taken at doses higher than the tolerable upper intake level (UL), can cause minor side effects, such as diarrhea, headache, nausea, and digestive discomfort. Even when there is no UL, there's still a chance that you may experience adverse effects.

You should know that not all nootropics have been studied adequately in regards to their long term safety. In order to minimize the chances of experiencing side effects, you should always use supplements responsibly, making sure you read the label and use the product as instructed. Also, talk to your health care provider before starting any new type of supplementation or fitness regimen.

Many of the studies done regarding the efficacy of nootropics were done with specific clinical applications in mind. While some studies were conducted using healthy volunteers, a bulk of them were on subjects that were suffering with cognitive disorders of various types and degrees. This makes it unclear as to how nootropics might affect the general population.

Building your supplement regimen around a sound diet is of the utmost importance. Studies validate the impact that diet has on cognitive function.[124] Whole food sources should always be your go-to choice when available and substituting supplements for whole food is not advisable.

Make PricePlow your number-one source for all things health and fitness. We make it easy and convenient to compare prices on your favorite supplements. Also, you will find honest, third-party reviews and free product guides that are packed with thoroughly researched and up-to-date information.

(Disclosure)PricePlow relies on pricing from stores with which we have a business relationship. We work hard to keep pricing current, but it is possible that you might find a better offer on your own. Additional shipping and taxes may apply. Data may be mismatched or out of date. Prices may reflect coupon-based pricing (denoted by the icon).

Let’s be honest, we’ve all pancaked dropping into Verdansk at least once, but that was then, this is now. Introducing GHOST GAMER, the perfect combo of brain-boosting nootropics and natural energy...

Amplify focus, enhance blood flow, and turbocharge performance with NovaPump Neuro! What is NovaPump Neuro? NovaPump Neuro ushers in the next evolution of stim-free pre workout supplements. With...

GENIUS CONSCIOUSNESS is a combination of the strongest all-natural brain-enhancing ingredients brought together in an all-in-one, great tasting daily drink for high performance thinking.* GENIUS...

PerforMax Labs NootropiMax 60 Caps Struggling to concentrate and focus? Stop pumping yourself full of stimulants and target your brain fog at the source with NootropiMax by PerforMax Labs. Using a...

Description Special Promo – buy 1, get 1 at 50% off on Outbreak Nutrition F.P.S., with a small shiping fee in price!! Discount will show up in shopping cart when you select 2 or more items. This...

Life Extension CDP-Choline CAPS 250mg 60 Caps Choline is a water-soluble vitamin that is part of the B-Complex group. The liver produces some choline, but most is obtained through food...

WHAT IS IT? Adrinall is a very comprehensive cognitive-enhancing nootropic with an extended-release delivery system to keep you sharp and focused all day long. With a beautiful combination of...

Hybrid Sample Haven't tried Hybrid and you want to give it a go before you buy? Look no further, grab a sample, and get your Goon on. What is it? Hybrid is fuel - and not just any fuel, but a...