Because it's so effective in helping its users sleep better and more deeply, we've added it to our Top 10 Sleep Supplements list on our blog! (Link opens in a new tab)

ZMA is marketed to (and almost exclusively used by) bodybuilders and athletes as a recovery aid. It's believed to improve the quality of sleep and increase muscle gains when taken within an hour of going to bed.

The theory behind ZMA's enhancement of muscle gains is that it promotes the production of testosterone and IGF-1 (an insulin analogue that plays a role in tissue growth).

The core of ZMA's marketing claims is based on a 1998 study of NCAA football players that showed a very significant increase in muscle gains after 8 weeks of supplementation.[1] It should be noted that this particular study was funded by the patent holders of ZMA, SNAC Systems. The co-author of the study, Victor Conte, was also a part owner of SNAC at the time.[1]

The name may sound very familiar, as this is the same Victor Conte that was Barry Bonds' steroid supplier while he was also president of BALCO.

When you pair that information with several other studies that have since found no improvement in muscle gains or performance, and no actual increase in testosterone using ZMA supplementation,[2,3] it's very unlikely that the supplement actually improves workout performance or gains in any significant way. There are studies that have correlated higher zinc levels to elevated testosterone levels,[4,5] but these do not use the specific ZMA supplement, contain differing dosages of zinc, and also have incorporated other minerals (such as selenium). 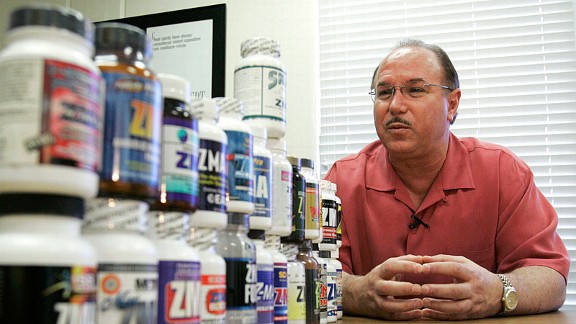 Claims about ZMA's beneficial effects on sleep are also problematic. They can be roughly broken up into two assertions:

The first claim seems to largely rely on indirect evidence based on the high magnesium content. Magnesium supplementation has been shown to help combat insomnia, specifically in patients suffering from restless legs syndrome[6] and in the elderly.[7] But it has not been studied in more general populations, and in existing studies, it consisted of magnesium supplementation alone, not the particular ZMA formula.

The second claim ties back into the problems with the claims about muscle gains — it's possible that zinc supplementation alone may elevate natural testosterone production, but there's no evidence whatsoever that ZMA actually increases either testosterone or the production of growth hormones.

ZMA is exclusively sold in tablet form, generally in a 30-day supply per bottle.

The daily ZMA formula it's normally sold at is not known to have any specific side effects. Both the standard dose of zinc (30mg) and magnesium (450mg) in ZMA are slightly in excess of daily nutritional needs for any age or gender, however. Both zinc and magnesium can have side effects in large doses. Nausea is a common side effect of zinc,[8] and magnesium can cause upset stomach and diarrhea.[9]

The main disadvantage of ZMA is simply that there's almost no evidence that it does any of the things it claims to! Both zinc and magnesium do have their valid uses as supplements, but there's nothing to indicate at this point that taking ZMA is any better than supplementing with each of them individually when necessary.

ZMA promotes the production of testosterone and IGF-1, improves the quality of sleep, and increases muscle gains. 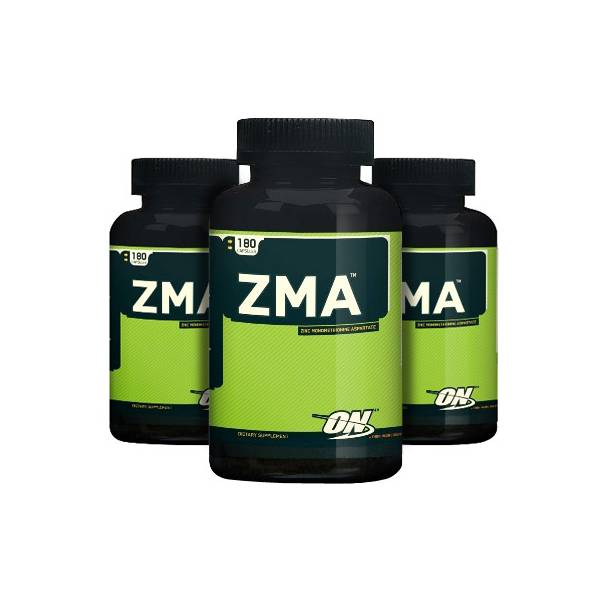 A very high intake of magnesium can cause a condition called hypermagnesemia.[10] Symptoms include:

ZMA, as well as individual zinc and magnesium supplements can be found at steep discounts through PricePlow's price comparison engine.

ZMA is made up of zinc, magnesium & vitamin B-6, this combination was designed to promote recovery in athletes. Zinc plays a major role in maintaining healthy testosterone levels as well as...

NOW ZMA Sports Recovery Zinc Magnesium Vitamin B-6 ZMA is a synergistic combination of Zinc and Magnesium designed to maximize absorption and promote recovery from...

Beyond The Basics: Optimum ZMA Product Highlights: Contains the patented blend of Zinc, Magnesium, and Vitamin B6 May support Increases...

TruZMA is a natural mineral supplement made up of zinc, magnesium, and vitamin B6. Zinc plays a central role in the regulation of cellular growth and tissue repair, as well as the maintenance of a...

ZMX2 NEXT GENERATION ZMX2 ALLMAX has achieved maximum absorption levels with Next Generation ingredients like P5P (Vitamin B6 in the advanced...

Beverly International ZMA 2000 90 Caps | Nighttime Recovery Formula ZMA is a sports nutrition supplement that contains Zinc, Magnesium, and Vitamin B6 and which is typically taken to boost muscle...

Rest Aids In Recovery. Sleep Is Essential To Maximal Performance* Gluten Free Why Z-Force? Getting a good night’s sleep is essential for muscle growth, repair, and having the...

ZMAG-T ZMAG-T is a breakout sports nutrition product that assists with raising testosterone levels and muscle performance. It contains Boron for...

Zinc, Magnesium and Vitamin B-6!

A 100% all natural formula, iForce Nutrition's ZMA is the perfect way to help boost testosterone and enhance sleep quality. Featuring only the most...