A stimulant is a substance that provides a feeling of energy without any actual nutritional value. The most familiar example of a stimulant is caffeine (and it's the one you'll see most commonly used in supplements). Stimulants are sometimes added to pre-workout formulas to provide a quick energy boost or to enhance motivation and focus. You'll also find them in energy drinks and fat burners.

The primary benefit of taking a stimulant is for energy. They can be especially useful if you workout in the morning, or after work. Other benefits, depending on the quality of the stimulant, is added focus, motivation, and some potential to burn fat.

The primary use of stimulants is for a strong and almost immediate feeling of energy caused by accelerating the function of the central nervous system. Caffeine's powers are well documented in this regard. Feelings of fatigue are reduced and both blood pressure and heart rate are elevated.

Aside from a feeling of energy, some stimulants can mitigate feelings of pain from strenuous muscular work (to at least a small degree) and can enhance certain types of high-intensity exercise and athletic performance.

Some people find the almost immediate energy rush of stimulants helpful in overcoming reluctance to start a workout or to push through difficult sets.

Stimulants nearly always elevate metabolism, which increases the body's ability to burn calories. For that reason, you'll see them included in many fat-burning supplements (again, caffeine is the one most common).

Stimulants are available in a variety of forms, from energy drinks to pills and powders. How you take a stimulant depends on what you want it for. We do not recommend using coffee, or even energy drinks, especially carbinated varieties, for increasing your energy levels.

Energy drinks are typically designed to provide a very intense burst of energy, but not a long-lasting one.

What constitutes an energy drink is usually defined solely by product marketing, but they are generally caffeinated beverages that incorporate a blend of sweeteners, herbs, and sometimes vitamins and amino acids. Some familiar brand examples are Monster and Red Bull.

Energy drinks are typically designed to provide a very intense burst of energy, but not a long-lasting one. This is often achieved through megadoses of caffeine.[2] While energy drinks are generally safe in moderate amounts, they usually don't provide anything of nutritional value, except perhaps some added synthetic vitamins. They also sometimes contain massive amounts of sugar (and thus empty calories), which can make them detrimental to your fitness goals.

A twist on the energy drink, which has become popular lately, is the energy shot. Five Hour Energy was a pioneering product, but you'll see lower-priced generic versions at most chain stores now. These shots are basically designed to pare down the stimulant benefit of an energy drink to just the caffeine, herbs, and vitamins while cutting out the sugar and nearly all of the calories. 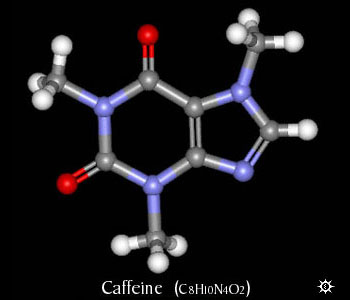 Caffeine is possibly the world's oldest stimulant, and certainly the most enduringly popular and widely used. It primarily comes from coffee and tea, though it is found in the leaves and berries of several plants, and can be purchased on its own as a supplement in pill or powder form.

A big part of caffeine's global popularity is that it's very safe when taken in small to moderate doses, and decades of studies have found a wide range of health and athletic performance benefits. See our Caffeine page for a comprehensive breakdown.

Both coffee and tea have their own unique ranges of health benefits that go beyond what is offered by caffeine alone. If you're interested in coffee before a workout but don't want to take the time to sip your way through a hot cup, cold-pressed coffee is an alternative. Instead of steeping the coffee in hot or boiling water for a period of minutes, it's steeped in cold water for a few hours. There's no reduction in potency or flavor, but it's less acidic than hot-brewed coffee.

Dendrobium is a genus of orchid, but in the supplement world it refers to an extract from the plant. It's been used in Traditional Chinese Medicine for hundreds of years to treat a wide range of ailments, but only relatively recently has been sold as a stimulant in supplements.

The theory behind supplementation for energy is that dendrobium contains phenylethylamines, which act as a stimulant. While it is still legal at this time, concerns about the phenylethylamines in dendrobium being too analogous to illegal amphetamines caused major retailers to pull products containing it from their shelves and several manufacturers of those products to suspend the product lines that contain compound.[3]

Energy chews (or energy drops) basically operate on the same principle that energy shots do - condense the stimulant and vitamin benefit of energy drinks down to a more portable and low-calorie form. Energy chews can be a bit more economical than shots as they usually contain multiple servings per package. They also travel a little better as they're more easily packable and there are no worries about changing them over to a clear container to take them on a plane.

Energy gels differ from the other stimulants here in that they're carbohydrate-heavy and primarily intended to be taken during long periods of athletic endurance or very long training sessions (rather than just for general energy or concentration). They're usually sold in single-serve packets.

Side effects can vary greatly depending on the content of the particular stimulant, but it's worth talking about caffeine here since you'll find it in nearly every stimulant product.

Caffeine sensitivity and tolerance can vary greatly by individual, but it's generally well tolerated at 600mg (roughly six cups of coffee) or less per day.[4] A 300mg serving is the average daily intake for adults in the United States.[5] Potential side effects in this range are mostly mild and not threatening to health - a jittery feeling, trouble concentrating or relaxing, insomnia, anxiety, nausea, and more frequent urination.[6]

The chief disadvantage of stimulant products is that they can sometimes make you feel too jittery or unfocused to concentrate on a workout. This is usually due to a greater than usual sensitivity to caffeine. Fortunately, there's a wide range of stimulant-free pre-workout mixes and fat burners available.

You should always speak to a doctor before beginning any new exercise regimen or using unfamiliar supplements, particularly if you are taking any form of prescription medication.

Most pre-workout mixes and fat burners do not qualify as "food products" for the FDA's purposes and are thus largely unregulated by them.

You'll sometimes find a combination of caffeine and synephrine in the same supplement. While the doses in these supplements are generally safe for use, you should not consume any additional caffeine if a supplement also contains synephrine.[7]

PricePlow can help you find a wide range of stimulant products and at 30% to 50% off of retail prices. Let us do the work so you can focus on your workout.

Start your day the right way with a brain-boosting brew. THE Coffee Boost is our unique blend of the finest instant Colombian Coffee and Dynamine, a powerful nootropic that increases your...

Success in bodybuilding as well as in life demands the mindset of a champion. If you want to achieve your goals, you have to be willing to do whatever it takes to get the job done. Every hardcore...

This Cherry Lemonade flavor will bring you back to your childhood the moment your lips touch the can. You’ll be having flashbacks to hot summers with your friends and will be immersed in the...

SNS Caffeine - 501 Capsules - Year Worth Supply Finally, something easier than just drinking coffee! Serious Nutrition Solutions now offers a year supply of caffeine in an easy pill instead of a...

Designed to Shed Fat and Preserve and Harden Muscle!*

Alphamine is the legendary powdered thermogenic, powered by multiple forms of caffeine, choline, and carnitine. Use Alphamine like an energy...

GENIUS CAFFEINE is different than every other caffeine pill on the market because it’s sustained released, ultra-pure trademarked NEWCAFF. Normal caffeine is quickly absorbed, leading to a...

Let's cut to the chase. VPX Bang is the best energy drink ever. CJ's favorite on our YouTube channel -- see all the reviews we've ever done below! Black Cherry Vanilla vs. Cotton...

The purest and cleanest rush of caffeine to help boost your energy levels and improve your workouts Powerful Energy Boost Organic Source of Caffeine Highly...

CBum’s Thavage RTD Pre-Workout – As loaded as they come! Powder pre-workouts are still dominant, but let's face it: sometimes it's damn nice to grab a frosty premade RTD, hammer it back in the car...

A popular pre-workout ingredient, our Pure Caffeine tablets deliver a super-energizing boost of caffeine — to power you through even the toughest workouts.

How It Works Maximize your time in the gym and tackle any workout with Platinum 100% Caffeine. If you need a quick energy boost for a workout, this powerful formula has you covered. Featuring...

Change the game with 100% Caffeine. This potent product is designed to fight fatigue, elevate alertness, and increase intensity. Maximize workouts and tackle everyday products with the increased...

You can get it, but can you keep it – energy, focus and mood that comes quick yet lasts? The single capsule Animal Energy is here. Learn More

We’ve all had those days where we are dragging and nothing is better to get us out of that funk then a powerful pick me up. 5% Core Energy is a strong well balance stimulant that will give you a...

Description Special Promo – buy 1, get 1 at 50% off on Outbreak Nutrition F.P.S., with a small shiping fee in price!! Discount will show up in shopping cart when you select 2 or more items. This...