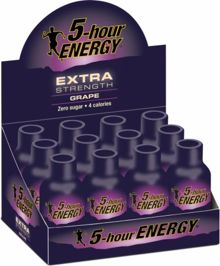 Vitamin B6
Vitamin B6 was first researched in the 1930's. It is difficult to find a molecule in our bodies that doesn't rely on vitamin B6 for its production. It plays a key role in the production of amino acids, the building blocks of protein.* It is used in the creation of DNA.* It's involved in over 100 crucial chemical reactions in our bodies.* It helps form nearly all new cells in our bodies.*

Here is a brief list of the other things vitamin B6 does:

Vitamin B12 (Cobalamin)
Two Nobel Prizes have been awarded for research involving the study of vitamin B12. Like other B-complex vitamins, vitamin B12 is involved in a variety of important functions. Perhaps its most important function is the development of red blood cells.* Another is the development of nerve cells.* B12 also participates in the production of amino acids, and the processing of carbohydrates into energy.*

Niacin (Vitamin B3)
The first laboratory isolation of vitamin B3 occurred during research studies of tobacco in the 1930s, hence niacin is also known as “nicotinic acid.” Niacin is important in energy production. It plays a key role in converting fats, proteins, carbohydrates and starches into usable energy.* It also may help with the removal of waste-chemicals from the body.* Because niacin opens capillaries and supports blood flow near the skin, elevated doses may cause skin flushing in some people. This is characterized by a red and itchy face and neck that lasts a few minutes. (A form of niacin called niacinamide is thought to cause little or no flushing.) Food sources of Niacin include: meat and dairy products, leafy vegetables, broccoli, tomatoes, avocados, nuts and whole grains.

Folic Acid (Vitamin B9)
Folate gets its name from the Latin word “folium” for leaf. Folic acid, or folate, helps produce and support new cells in our bodies.* It's also needed to make DNA and RNA, the building blocks of cells.* It works with vitamins B12 and vitamin C to break down proteins and form hemoglobin.* Food sources of folate include leafy green vegetables, fruits, dried beans and peas.

Citicoline has been used extensively for the promotion of optimal neural and cognitive function.* The human brain is a delicate organ of the body, constantly being attacked by various factors in our lifestyles including environmental pollution, internal toxicity, stress and a lack of proper diet and nutrients. Citicoline may help combat the ravages of these effects by stimulating the nervous system to support optimum sustainability to preserve our ability to think cognitively and retain our memories.* There have been many studies suggesting positive results for using Citicoline to support performance and memory.* Numerous scientific studies have also suggested the ability of Citicoline to support healthy cognitive function, promote optimal visual function and provide neural structures with antioxidant support.*

Tyrosine
An amino acid that transmits nerve impulses to the brain, supports mood, memory and may help support mental alertness.* It's present in meat, dairy, fish and grains.

Taurine
A naturally occurring chemical substance present in meat, fish and dairy products. Vitamin B6 is required by the body to synthesize Taurine from other nutrients. Adult humans have high concentrations of Taurine in white blood cells, skeletal muscles, the heart and central nervous system. It plays a role in digestion, and is used to process potassium, calcium and sodium in the body, as well as support the integrity of cell membranes.*

Malic Acid
A naturally occurring chemical our bodies require. It is a biochemical product of the Kreb's Cycle, a chain of reactions involved in the production of cellular energy. The body synthesizes Malic Acid during the process of converting carbohydrates to energy. The main food source of Malic Acid are fruits, especially apples, which contain the highest concentrations.

Glucuronolactone
A natural metabolite found in the human body. It is produced by the metabolization of glucose in the liver. It is widely used to support mental performance, reaction time, concentration and memory.*

The answers are simple. Phenylalanine is an essential amino acid (must be acquired in food) that is used by the brain to produce norepinephrine, a chemical that transmits signals between nerve cells and the brain; supports feelings of alertness; and may help support memory.* It is present in nearly all foods containing protein. Phenylketonurics are people that have a genetic disorder called phenylketonuria (PKU). People with this disorder are unable to metabolize phenylalanine and must adhere to a low protein diet and abstain from foods containing phenylalanine. Babies are tested for PKU at birth so if you have it you already know it. If you never heard of PKU, don't sweat it. Your doctor figured it out for you years ago.

Large amounts of vitamins
5-Hour Energy contains large amounts of B Vitamins. These vitamins are water-soluble which means that which is not absorbed by the body is simply expelled. In fact, people on Vitamin B therapy from a doctor receive much larger doses than the amount in 5-Hour Energy.

Niacin flush
A small percentage of people are sensitive to Niacin (Vitamin B3) and may experience a "Niacin Flush" (hot prickly feeling, skin redness) that lasts a few minutes. This is caused by Niacin supporting blood flow near the skin. This can be avoided by taking half a bottle or less at a time.