HMB (beta-hydroxy-beta-methylbutyrate) is a widely misunderstood amino acid. It acts a lot like leucine, but is stronger and more effective at sparing muscles from breaking down. Your body uses protein to produce HMB, which is a metabolite of leucine. It also comes from the protein you eat. Keep this in mind when devising a meal plan because you don't want to inadvertently reduce your protein intake while trimming your overall calorie load.

Though it's been popular with bodybuilders for more than a century, HMB is helpful for anyone who trains hard or participates in high endurance sports. When you train — lifting weights or marathon training, for example — your muscle tissues can tear. The body then works to repair the damage.

The process of muscle repair burns more calories long after your workout session ends and promotes muscle growth. Intense workouts can also leave you feeling sore for the next few days, which can interfere with your ability to work out.

That's where HMB comes in. The amino acid metabolite helps repair damaged muscle tissue. Not only that, but it helps reduce post workout soreness so you can quickly get back to training without losing momentum. Though the average gym goer can take a day or two off for rest and allow their muscles to heal, it's not always an option for athletes in training. 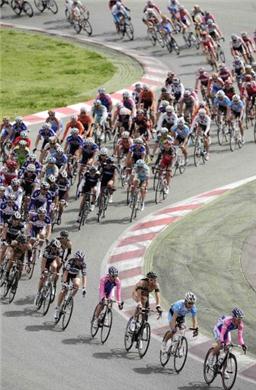 As an athlete, you seek out supplements to increase your speed, improve endurance, help increase reps, and up your powerlifting max reps. While it's often recommended to consume simple carbs before or during workouts, there are some supplements that work just as well, allowing you to achieve your intended goal.

HMB studies show it has potential as a natural performance enhancer.

One study followed a group of trained men over the course of nine weeks. Each day, the participants took 3g of HMB or a placebo and completed heavy lifts. The researchers found that HMB increased overall power output by as much as 1.6%.[2]

Another small study, conducted by researchers from the National Taiwan College of Physical Education, looked at the effects of HMB on eight female judo athletes on a highly restrictive diet (each consumed 20 calories per kg, 3.6g carbohydrate per kg, 1.33g protein per kg, and .03g fat per kg). Participants who received 3g of HMB per day experienced significant weight and body fat percentage loss. Those who didn't receive the supplement didn't see body composition changes. Additionally, the HMB group showed significant increases in total cholesterol, blood urea nitrogen, and uric acid after the study period." The control group did not experience significant changes in blood readings. Taking the supplement did not have an effect on athletic ability.[3]

HMB has been misrepresented for years and a lot of the literature leaves readers confused about what it is and who it's for. Essentially, people who are trying to lose weight or following a restrictive diet shouldn't take HMB. A metabolite, HMB prevents fat loss, even with a low calorie diet and intense exercise. It's not a weight loss supplement, but rather a tool for bulking up.[1]

Age isn't a factor in regards to using HMB supplements. It's been tested on both young athletes and the elderly. Supplemental HMB can improve muscle mass, increase strength and promote fat storage in the elderly. It may help delay the aging process and promote longevity.[6]

HMB is similar to branched-chain amino acids (BCAA) and vitamin B6. But the biggest comparison is with leucine. Though they have a very similar effect, HMB and leucine reach that same end result through different methods, giving you a valid reason to supplement with HMB. It has been reported, however, that leucine is more potent. Studies have yet to show any overwhelming benefits of supplementing with leucine over HMB.

Studies show that HMB works particularly well in combination with creatine, which is commonly used by those who engage in regular strenuous exercise. A 2001 study, published in the journal Nutrition, found that the two supplements work better together in increasing lean body mass and strength than either on their own. The researchers also indicate that HMB and creatine "act by different mechanisms."[4] Just 1g to 3g of HMB can do the trick. For best results, treat it like a carb and take it before your workout. Save the protein for after the workout to help with recovery.

HMB has a short half-life — about 2.5 hours. Take half your dose in the morning and the other half before going to sleep. Dosage are measured according to body weight. If you are on the lighter side (under 150 pounds) you can take 1g to 2.5g, for those who weigh 170 to 230 pounds, it's okay to take 3g to 4g per day. The maximum dose is 6g.

Always talk to your doctor before starting a new supplement, exercise regimen or diet. Supplements are not FDA regulated.

Safety and side effects

In a review of nine studies, conducted by researchers from Iowa State University, experts found individuals who consumed 3g of HMB per day did not have any significant tissue health or function changes. The researchers found that, "HMB significantly decreased (improved) one indicator of negative mood," and that "no untoward effects of HMB were indicated." Compared to a placebo, HMB supplementation reduced systolic blood pressure, total, and LDL "bad" cholesterol, which in turn may reduce the risk of heart disease and stroke.[6] 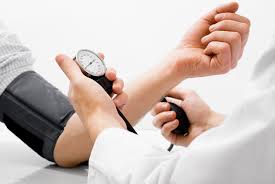 A later study, completed in 2005, looked at the health effects of HMB supplementation on lab rats. The three-month experiment found that rats given the highest dose of HMB showed no signs of toxicity.[5]

Though it's underrated, HMB is often misused and for that reason, it now carries a bad reputation. But HMB is a useful tool. It's specifically helpful for athletes who want to excel in their training, soothe aching muscles, repair damaged tissues, or simply gain weight and muscle mass in order to reach their goals more quickly. HMB is meant to be used for bulking when following a high calorie diet and participating in a high-intensity exercise regimen. Based on multiple studies, HMB is effective and useful for athletes.

HMB is not intended to be used as a weight loss supplement. Some supplement manufacturers have misinterpreted HMB data and are responsible for falsely advertising it as a way to lose weight and maintain muscle mass while cutting calories.

Either way, HMB isn't a miracle supplement and can't be expected to achieve desired results on its own. To reap the most benefits, it should be used in conjunction with heavy training and a high-calorie diet.

Where to buy HMB

You can buy HMB here at PricePlow where our goal is to provide honest information about products with your best interests in mind. We offer hard to find supplements (you won't find this supplement at your local grocery store) at the best price.

MuscleTech's Next Big Thing is here! Clear Muscle has been out since 2014, and has just one ingredient - a new form of HMB with some impressive research behind it. Our intro to the research behind...

RESIST / REMAKE / POWER HMB has been shown to: Attenuate the rate of muscle protein breakdown. Reduce muscle damage during periods of strenuous exercise....

Building and maintaining muscle is an arduous, uphill task. That’s because part of building up is breaking down, and maintaining a positive balance between the two can be...

HMB Research published in the Journal of Applied Research has demonstrated that HMB increases muscle mass by stimulating protein synthesis and decreasing breakdown after hard workouts. With less...