EPA, short for eicosapentaenoic acid, is an important omega-3 fatty acid regularly found in fish oil. Alongside DHA, it makes for one of the most important markers when checking if a fish oil supplement is of good quality.

On this page, you can read about this crucial acid. The products listed here are those that are marketed as being high-EPA, but you will certainly find more products on the omega-3 listing.

As with DHA, many disorders are concomitant with below average EPA (eicosapentaenoic acid) levels in the bloodstream. Naturally, supplementation of EPA has shown to alleviate the symptoms and progression of many disorders, along with improving the health of average individuals. Let's look at some of the benefits of EPA supplementation:

In the adult brain, the main cognitive benefit from omega-3 supplementation can be linked to reducing neuroinflammation. EPA is the most effective at doing this.

Multiple studies show that higher blood levels of EPA is associated with a reduced risk for dementia. Incorporating omega-3 into diet has been shown to improve symptoms of age related mental decline, particularly Alzheimer's disease. But the important detail is preemptive supplementation. There is no absolute cure for these diseases, so prophylaxis is the way to go. [1, 2]

EPA, in the form of fish oil, accelerates communication skills in infants.[3] 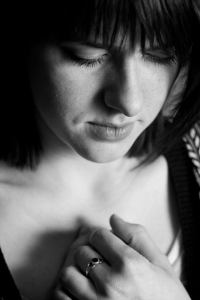 One meta-analysis showed that EPA, not DHA, was responsible for reducing depressive symptoms. Significant improvement in depressive symptoms (with or without anti-depressant medication) has been found with EPA-rich supplements.[4]

Many variables, such as stress, diet, exercise, and genetics, have a massive effect on heart health. On a cellular level, one of the prime culprits for America's most deadly epidemic is arachidonic acid, or AA. This elusive omega-6 fatty acid is found in abundance in our diet (thank you corn!). But luckily, EPA can help to offset this anatomic insult. So how does EPA work its magic? First, we need to focus on evil AA.

Thus, evidence suggests that a truly heart-healthy fish oil supplement should have a higher EPA to DHA ratio.

Neuronal membranes are composed of a dynamic and continually altering lipid bilayer. Remember, for optimal neuron function, communication is key. In this case, we want membrane fluidity. When unsaturated fats compose the lipid bilayer, the cell becomes more permeable, allowing nutrients, oxygen, hormones, and many other molecules to more readily enter the cell. "Fatty acid composition of neuronal membranes can be directly altered by dietary modifications."[6]

For those unfamiliar with the subject of epigenetics, every experience we have, including our food intake, alters the expression of genes, which control the production of proteins -- and proteins control the composition of our bodies. In many ways, you truly are what you eat!

The exact mechanism explaining why EPA improves the role of synapses in select parts of the brain is currently unknown, but research has shown that "quantitative changes in n-3 fatty acids in the body are often paralleled by quantitative changes of the monoamine concentration in the brain, in particular the frontal cortex, nucleus accumbens and the striatum, but also the hippocampus."[6]

This is the silent killer of cognition and EPA mitigates inflammation via direct action, as well through long term changes in gene expression, the details of which are described above.[6]

For the purpose of optimal health and cardiovascular maintenance, suggested daily consumption of DHA and EPA is at least .3% of total energy for a 2000-calorie diet. This is about 220mg per day of EPA. Many human studies use upwards of 200mg daily to no apparent ill effect.

An average serving of cold water oily fish contains anywhere from 200mg to 2000mg of omega-3 fatty acids, with approximately half being DHA. So there's little cause for concern with taking large quantities of EPA.[9, 10] According to the FDA, up to 3000mg of DHA/EPA per day from all sources (diet and supplements) is generally considered safe for most adults.[11]

As always, these statements have not been approved by the Food and Drug Administration, does not constitute medical advice, and you should always consult your doctor before beginning any new supplement, drug, or exercise regimen.

Fish oil (the main source of EPA), is susceptible to the accumulation of heavy metals

For cognitive enhancement, EPA will stack with anything. Many people claim that EPA (and DHA) synergizes by increasing the potency of nootropics.

For cardiovascular health, one very interesting stack is combining fish oil (containing EPA) with a low-dose aspirin regimen, which may possibly multiply the protective effects of either individual constituent. This stack relies on reducing pro-inflammatory prostaglandin synthesis with aspirin, and promoting the less-inflammatory synthesis with fish oil.

As little as 20mg to 30mg per day of aspirin is enough to inactivate every platelet in your body (though platelets can still be created on demand, such as after a cut). According to Dr. McDougall's Health & Medical Center, "Fish fats (oils) and aspirin, if used at all, should be thought of as second line treatment -- as is true with any medication."[8] Thus, you should consult your doctor before combining these possibly synergistic compounds.

NOW Super EPA The Natural Fish Oil Concentrate used in this softgel is manufactured under strict quality control standards. It is tested to...

Wild Alaskan Fish Oil - Peak EPA Description from Wiley's Finest Only 1 Per Day!Just 1 softgel a day is all you need! Peak EPA is purified and concentrated to provide a Peak dose of EPA in every...

Wild Alaskan Fish Oil For Kids Description from Wiley's Finest Elementary EPA provides essential vitamins and nutrients often lacking in the diet. EPA and DHA Omega-3s along with vitamins and...

EPA Description from Nordic Naturals This formula contains one of the industry's highest concentrations of the omega-3 fatty acid, EPA. EPA is the component of fish oil that calms tissue, helping...

WHY PROEPA WITH CONCENTRATED GLA - This highly concentrated omega oil blend provides support for the heart and skin, as well as the body’s neurological and immune systems. EXCEPTIONALLY HIGH...

Minami Supercritical Platinum Omega-3 Fish Oil Description from Garden Of Life Minami Platinum is a premium supplement that delivers 1,100mg of Omega-3 nutrition plus 1,000IU of vitami nD3 in one...

Thorne Research, Super EPA, 90 GelcapsOmega-3 fatty acids are considered essential fatty acids because humans must get them from food or supplementation; i.e., they cannot be made from other...