Rhodiola rosea is a unique plant that grows naturally in cold regions such as Sweden and Russia. Historically, the plant has been used as an adaptogen, which is a compound that the body utilizes to neutralize hostile physical, chemical or biological stressors. By providing resistance to stressors, Rhodiola rosea helps balance brain chemistry.

Adaptogens such as Rhodiola have been shown to "Increase the availability of energy during the day, reduce stressed feelings, increase endurance, and increase mental alertness."[3]

Learn about Rhodiola in our detailed video

Below is a brief article, but greater details are updated in our new article titled Rhodiola: The Salidroside-Powered Adaptogen of the Vikings. The article features RhodioPrime 6X, a new Rhodiola extract standardized for high-salidroside content, as opposed to just the rosavins we normally see. This provides more energy, focus, and "pop" than what we've seen on the market.

Rhodiola rosea makes for a beneficial addition to nearly anyone's health regimen, and we are major fans of it on this site.

Having been intensively studied in Russia and Scandanavia for more than 43 years, many human and animal studies support the aforementioned claims. Here are a list of proven benefits.

In animal studies, small and medium doses confer a stimulating effect such as "lengthening the time mice could swim and remain on vertical perches to the limit of their abilities."[3] Larger doses, though, show sedative effects. The effects of Rhodiola on the CNS are twofold:

Stress should be the paramount enemy on every health buff's list, and Rhodiola has produced positive effects by quelling the body's natural stress response and potent antioxidant activity.

Rhodiola has been shown to increase work capacity, reduce recovery time after exercise and enhance endurance.

A 2007 clinical trial conducted in Austin, TX, found that a Swedish Rhodiola rosea extract demonstrated effective anti-depressive activity among patients with mild to moderate depression. This was a six week trial conducted on 89 subjects, ages 18 to 70. By the end of the study, the Rhodiola group experienced significant reductions in insomnia, emotional instability and somatization (the generation of physical symptoms from a psychiatric condition, such as anxiety). Furthermore, no adverse effects were detected.[3]

Although rosea is anecdotally claimed to improve focus and attention, scientific studies suggest a less significant reality. It can improve fatigue and mental energy. In addition, human ADHD studies show Rhodiola can improve feelings of sluggishness. But don't expect anything dramatic. If you are looking to increase attention, examine our nootropics category. [4]

The proper dose depends highly upon the type of extract and the benefits you wish to accrue. The most available Rhodiola rosea extracts are standardized to a minimum of 3% rosavins and 1% salidrosides, as the naturally occurring ratio of the aforementioned compounds is around 3:1. A quality rosea product should provide this information on the label. Human clinical studies suggest that 150 to 600mg two to three times daily is a proper dose. It is important to remember to avoid rosea before sleep or in the late evening. You may experience mild symptoms of insomnia.

These statements are not approved by the FDA, are not intended to prevent or cure any illness, does not constitute medical advice and you should always consult your doctor before trying this supplement. 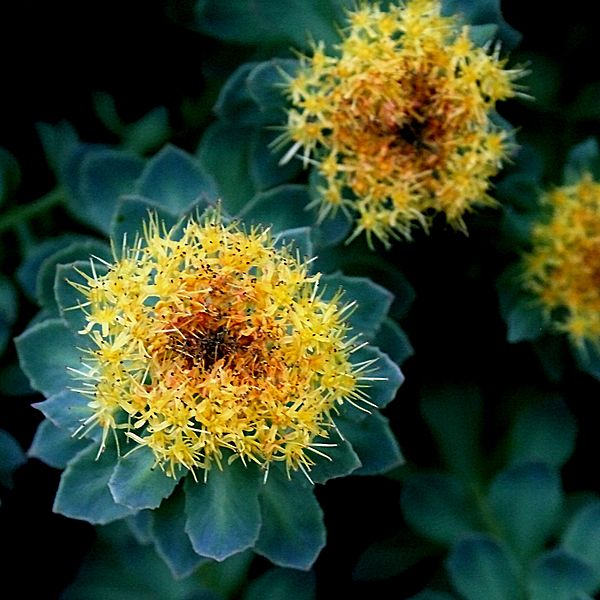 These are the standard by which companies test for genus purity, and were formerly thought to be the active constituents of Rhodiola rosea extracts. Recent evidence suggests that many other chemicals contribute to its effects, however, which is why stronger extracts aren't common.

Rosavins is the collective term for the phenylpropanoids in rosea (rosavin, rosarin and rosin).

Salidroside, also called rhodiolside, is a phenylethanol derivative -- along with tyrosol, an antioxidant also found in Rhodiola, that is critical for therapeutic activity.[3]

This dynamic herb stacks with just about anything other than hardcore stimulants, due to its activity as a MAO Inhibitor. We urge against using it with PEA or anything stronger than caffeine. See side effects below.

We are most interested in a pure product that has 3% rosavins and 1% salidrosides, and no proprietary formula. However, there are some other products worth noting: 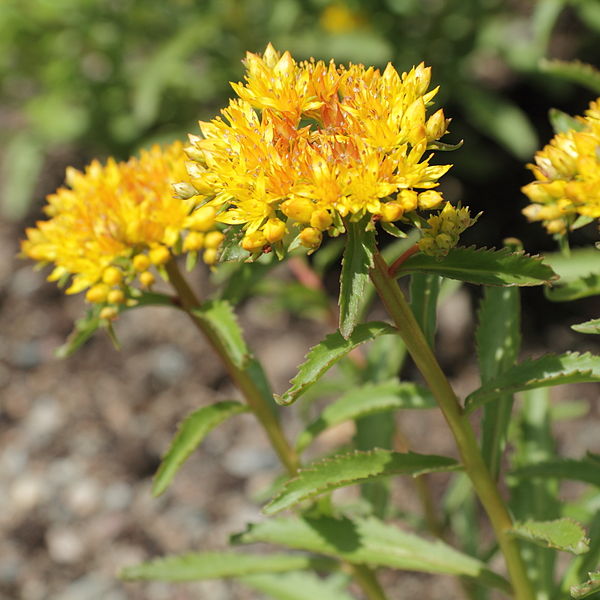 After sampling both, I recommend pill formulations if you cannot tolerate pungent flavors.

The rosea powder has a very bitter flavor that lingers on the palate. The benefits of purchasing powder are that it's generally cheaper and easier to control dosing.

When comparing various brands, the most important detail is whether the product mentions the proper rosavin/salidroside ratio. This is the pharmaceutical standard in Russia, and you may not receive all the benefits of Rhodiola rosea otherwise.

Very few side effects have been reported.

For those prone to anxiety, Rhodiola rosea may exacerbate problems, causing nervousness or agitation.

This response suggests that a smaller dose should be used.

Certain components of Rhodiola inhibit monoamine oxidase (MAOIs), and should not be taken with stimulants or PEA-based compounds, unless specifically instructed by a doctor.

Because of R. rosea's stimulatory effect, avoid taking it before sleep.

Rosea has MAOI (MAO Inhibition) properties, and every stimulant label (psudeoepehedrine included) warns of a possible hypertensive crisis if combined with MAOIs. However, Rhodiola is a reversible inhibitor, possibly reducing the danger.

Labels typically state that you should not take OTC congestion medications if you have taken a MAOI within the past few weeks. Only irreversible inhibitors have such lengthy coverage.

R. rosea is proven to have a very low level of toxicity. In rat studies, the LD50 (lethal dose at which 50% of animals die) is approximately 3360 mg/kg. The human equivalent would be about 235,000 mg, rendering a huge margin of safety.

Thus, if the average daily dose is 600mg, the average person would have to consume around 392 daily doses to approach lethal concerns. [3]

As always, before you begin any diet or supplement program, consult with your doctor and get his or her written consent. No statements on this page have been approved by the FDA, and we are not doctors, so consult yours -- especially if using any prescription drugs. Rhodiola is never intended to cure, treat or diagnose any disease.

You typically won't find a good of a selection at your local health food store. It's always cheaper to buy online, where you'll also have more options.

Here on PricePlow.com, we compare prices on all supplements across several stores, getting you the best deal for your money. See the price comparisons on this page to save the most on Rhodiola rosea.

Again, we're looking for 3% rosavins and 1% salidrosides -- and one of our favorite value brands, NOW Foods, hits this on the nose.

NOW is a trusted supplement company that formulates their products in cGMP-certified labs and keeps the marketing budget low -- yielding a high-value product. Just what we look for.

So what is an adaptogen? The origin of the term can be traced back to a Russian scientist named Lazarev, who coined the term adaptogen in 1947. This is an agent -- a specific or group of chemicals, plant-based or otherwise -- that helps an organism neutralize hostile physical, chemical or biological stressors by engendering a nonspecific resistance.

Adaptogens, such as Rhodiola, have been shown to "increase the availability of energy during the day, reduce stressed feelings, increase endurance, and increase mental alertness."[3] Thus, Rhodiola rosea is a beneficial addition to anyone's health stack.

Many claims, both fantastical and diverse, have been made about this plant. Equally substantial is its history for human use, having been mentioned in Greek medical texts, as well its use among 21st century Russian astronauts.

In places such as Sweden and Russia, a standardized extract is prescribed for the treatment of depression, fatigue, dementia and other conditions.

These are both implicated in cognition and memory formation. Nicotinic receptors are ionotropic (allow ions such as Na and K to enter the cell) and muscarinic receptors are metabotropic (cascading signal transduction via ions coupled with G-proteins -- a much more convoluted process).

The important detail is that nicotinic receptor activation is short term, whereas muscarinic activation produces more lasting effects on the neuron.

Sign up for future Rhodiola Rosea deals and coupons!

Nature's Way Rhodiola Energy 60 Capsules Rhodiola is a plant which grows in the colder parts of Europe and Asia and has long been used in traditional medicine. Rhodiola is known to improve energy...

The fragrant Siberiean Rhodiola Rosea root, also known as roseroot, has been used throughout history in Iceland, Sweden, France, Russia, and Greece. Popular with the Vikings to...

Rhodiola Energy Description from Nature's Way PROMOTES PHYSICAL ENDURANCE AND MENTAL STAMINAWith a rich history in both Siberian and Chinese cultures, Rhodiola is an adaptogenic herb that grows in...

Full-Spectrum Extraction: Our Difference Many companies isolate elements from an herb, concentrate them, and then label "whole herb." New Chapter aims to deliver nature's...

Rhodiola Root Extract - Super Description from Solaray Rhodiola is a perennial plant native to cold regions, such as Tibet and Siberia, and has been used in traditional folk medicine for thousands...

Rhodiola (500mg) Description from Body First Rhodiola (Rhodiola rosea) is indigenous to the Arctic and Alpine regions of Europe, Asia and America and has long been used as a tonic by many...