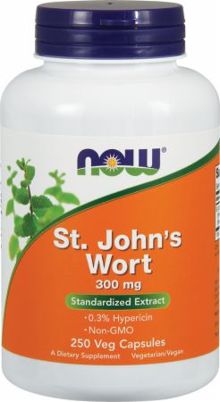 Go to Store
Quick Links to Deal PricesHow does this work and how do stores get listed? See our disclosure below to learn more.
Size
Deal Price
250 Vcaps
$11.70
Go to Store
100 Vcaps
$6.69
Go to Store
Go to Store
Compare store prices

Go to Store
Recently, a lot of scientific research has been done on St. John's Wort, and they have suggested that it has many positive effects when taken as a supplement. Perhaps one reason it is so popular is the fact that St. John's Wort has been found extremely effective in losing weight.* Scientists theorize that the herb works by affecting the serotonin levels in the brain, which causes one to feel less hungry.* St. John's Wort (i.e. plant) named in honor of John the Baptist has been used for over 2000 years. This product has been purified, concentrated, and standardized according to the finest European standards of quality.