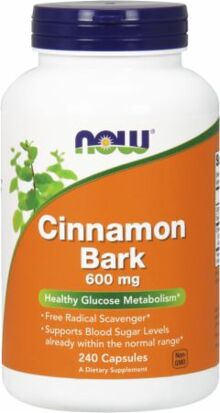 Cinnamon Bark has been historically used as a digestive aid and to promote other health benefits.* Recent studies suggest that Cinnamon may also help support healthy serum lipid levels.* In addition, Cinnamon may support cardiovascular function.*

True Cinnamon is one form of the common spice (Cinnamomum cassia, bark). "Cinnamon" is the name given to several different species.