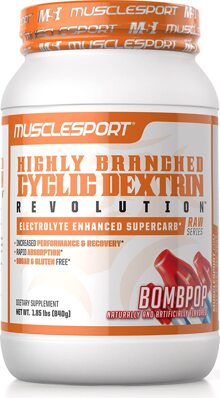 Go to Store
Quick Links to Deal PricesHow does this work and how do stores get listed? See our disclosure below to learn more.
Size
Deal Price
30 Servings
$47.99
Go to Store
Go to Store
Compare store prices
See all MuscleSport Products on PricePlow

Cyclic dextrin is a clinically studied carbohydrate that is rapidly absorbed and provides fuel (glucose) to working muscles. Cyclic Carbs have been proven to be the best carbs for building muscle.