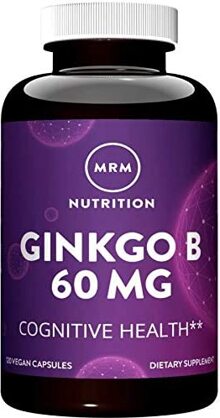 MRM Ginkgo B
Go to Store

Go to Store
Quick Links to Deal PricesHow does this work and how do stores get listed? See our disclosure below to learn more.
Size
Deal Price
120 Vcaps
$9.99
Go to Store
60 Vcaps
$8.72
Go to Store
Go to Store
Compare store prices
See all MRM Products on PricePlow
Ingredients

MRM Ginkgo B
Go to Store

Go to Store
Ginkgo Biloba is an extract from cultivated leaves of the Ginkgo Tree. As one of the oldest living trees on the planet, Ginkgo's uses can be traced back through Chinese literature to 2800 BC. Ginkgo leaves have been used for "their ability to support the memory and more".* Research has suggested the active ingredients in ginkgo biloba to be a class of compounds known as ginkgolides.