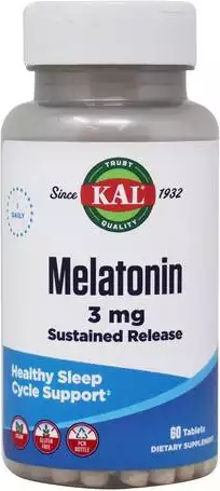 A Natural Hormone that Regulates the Human Biological Clock!

Melatonin is used in connection with a variety of conditions including sleep disturbances often associated with jet lag. Although it is not recognized as a prescription drug, melatonin has been assigned a special designation from the U.S. Food and Drug Administration as an orphan drug. An orphan drug has limited use, such as for the treatment of an uncommon disease or disorder. Melatonin is used in connection with blind individuals who suffer from sleep disturbances caused by interruptions in daily rhythm. As such, melatonin can be purchased without a prescription.

For over decade, melatonin has been studied extensively for use in connection with the spread of certain types of cancer. In animal studies, melatonin appears to keep some forms for cancer from spreading as rapidly as tumors that have not been treated. In human studies similar results have also been seen. While melatonin appeared to help slow down the spread of cancerous tumors, much more research is required to provide any conclusive evidence that melatonin is effective against cancer. For use in connection with cancer, melatonin is most often injected into muscle tissue, but injectable melatonin is not available for use in the U.S.

Additionally, melatonin has been show to be relatively effective for helping: