Click the button above and PricePlow will email you with updates from Gaspari Nutrition. 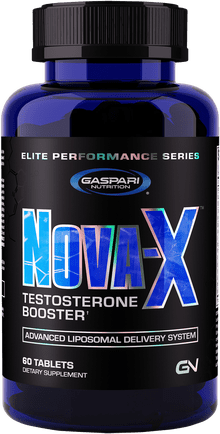 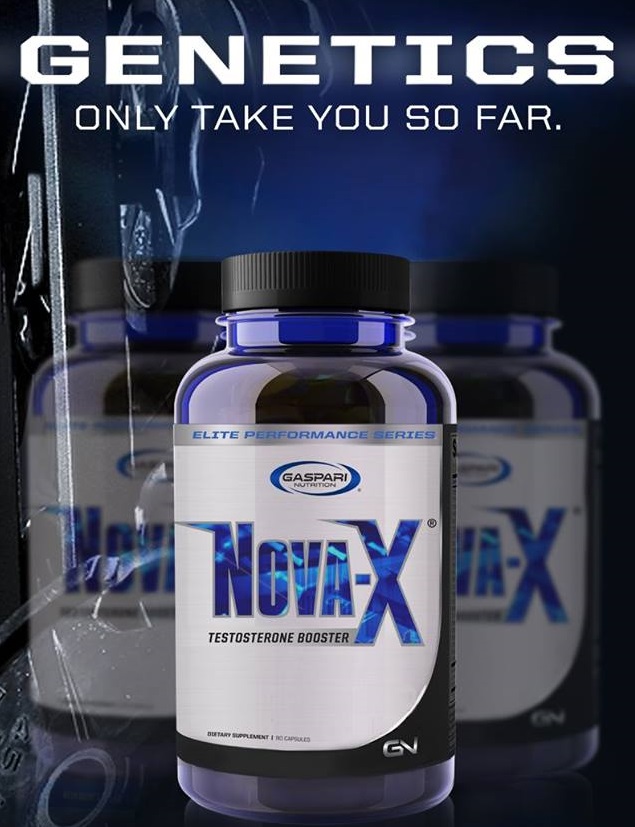 Gaspari Nova X: Genetics only take you so far... can Nova-X begin Gaspari's path to rebuilding? No doubt, it's different.

Gaspari is back on the scene with their first supplement to hit the market since the financial setbacks the company had in 2014. We teased Nova-X when we first got word of its release, and now it's out and ready to go.

When we heard this product was coming out, we asked for something different. Rest assured, we certainly got that and then some.

Without doubt, Gaspari is taking the aggressive road during a 2015 that's definitely been a transitional period for test boosters, with not a whole lot of truly aggressive options out there from the big brands.

As always, we have a full in-depth review of the ingredients and see if this newest offering from Gaspari is the real deal testosterone booster it claims to be.

You'll be able to compare prices below when Nova-X is released. Until then, sign up for alerts on this page and let's get rolling on the analysis:

Looking at the label, we see a mix of 6 ingredients that make up Nova-X. Some forms you may be familiar with (such as a form of DAA), and some are relatively unknown (Toxicodendron Vernicifluum Extract which is bringing butein). Let's see what if these players are actually effective or not!

Would I need PCT (Post Cycle Therapy) with Nova-X?

In theory, the answer is no, because there are cycle supports built into the product.

Gaspari has also confirmed this, with their formulator stating, "None needed."

But realistically, since the we're not 100% confident in what the Androsterone's going to do to your test levels, one could argue that you should probably err on the side of caution and run an over-the-counter PCT anyway (no need for the prescription stuff).

Chances are, though, it seems like you're safe without added cycle support.

As you can see from the analysis above, there are still a few questions to be answered here, and some general industry confusion with this product.

We just hope (and have to assume) that they're really just using the key component (butein) and not any toxic parts, and if we got confirmation with that, Nova-X could make some people far more comfortably happy.

This is the new Gaspari direction - beginners, do your research

At least we have a clear stance with where they're taking this company after last year's financial setbacks / sale - back to the "more potent side" with some very aggressive formulations. Whether the anabolic community will welcome them back is to be determined, but we always do our best to help educate users when a mass market brand put out something that may have hormonal effects.

In all likelihood, Nova-X is going to work pretty well. We're just going to try to find some more research before making a final recommendation.

Click the button above and PricePlow will email you with updates from Gaspari Nutrition.