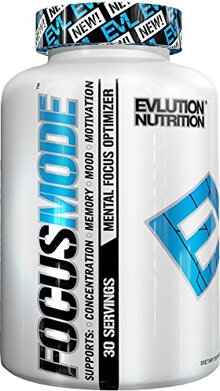 Go to Store
Quick Links to Deal PricesHow does this work and how do stores get listed? See our disclosure below to learn more.
Size
Deal Price
60 Capsules
$28.49
Go to Store
Go to Store
Compare store prices

GET YOUR MIND IN

A more soluable form of L-Tyrosine, which is an amino acid and nutrient precursor for approximately 90% of the brain's 3 stimulatory catecholamines (dopamine, norepinephrine, and epinephrine).

Alpha-Glycerylphosphorylcholine (Alpha-GPC) is a plant based compound that is a natural precursor to acetylcholine, which plays a role in memory, focus, and cognitive function.*

Used for thousands of years in Ayurvedic Medicine, it supports neurotransmitter production and mood.*

Phosphatidyl Serine is a key part of neural membranes where it supports brain function, cognition and mood.*

Sourced from the Clubmoss plant, Huperzine Serrata is a natural acetylcholinesterase inhibitor, which by promoting higher levels of acetylcholine (an essential neurotransmitterfor many mental functions) helps support mental focus and concentration.*

YOUR MENTAL EDGE TO: