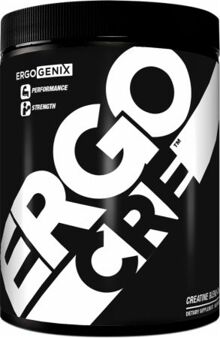 5 Grams of creatine in every serving*

The most tried and true ingredient that should be a part of every athlete's supplementation routine, creatine has been suggested time and again that it has the ability to increase strength and to improve performance in the gym.*

The Blend Five Forms Of Creatine

CREATINE MONOHYDRATE
Creatine monohydrate (Creapure) is the most tried and tested form of creatine on the market. The Creapure trademark ensures that we are using the purest product available.

CREATINE GLUCONATE
Creatine gluconate is bound by glucose and by acting as a glycoside, increases bioavailability when taken with food.*

CREATINE CITRATE
Creatine citrate is a more soluble version of creatine monohydrate that ensures you absorb as much creatine as possible and prevents clumping in water.*

CREATINE PYRUVATE
Creatine pyruvate was added into our blend due to it’s ability to produce higher blood levels of creatine.* Studies have also suggested it may increase endurance.*