Citrulline malate (CM) is a solid supplement choice for athletes when it comes to strength, endurance, and overall blood flow to muscle tissue. It has become an extremely popular performance enhancer in several pre-workout supplements. The compound, a combination of an amino acid and an organic salt, is capable of pumping the muscles, staving off fatigue, and reducing post-exercise muscle soreness -- all without negative side effects.

What is citrulline malate

Urea, which is the waste that's produced after the body breaks down protein, metabolizes nitrogen compounds. It goes through the liver, dissolves in the bloodstream, and is excreted through urine and sweat. There are three components of the urea cycle:

Of these three, L-citrulline is the most effective at increasing plasma arginine more effectively than supplementing with arginine or ornithine. This makes L-citrulline especially effective for athletes in training because you can get more from your workouts thanks to the amino acid compound's nitric-oxide-enhancing effects.

This amino acid is often bonded with malic acid to increase absorption. Additionally malic acid increases endurance in synergy with citrulline. Once absorbed and converted into arginine through the urea cycle, this increased arginine substrate results in increased nitric oxide production.

Citrulline malate supplementation is beneficial for increasing time to fatigue.

L-citrulline is a non-protein amino acid. It's most notably found in watermelon, but is also appears in these food sources:

Through its effects on the urea cycle, citrulline acts as a significant nitric oxide booster. Increased nitric oxide production leads to heightened vasodilation, which widens blood vessels and can increase oxygen and nutrient delivery to muscles. Another transient yet highly sought after effect of nitric oxide boosters is increased muscle pumps, leading to a temporarily fuller looking physique.

Please note that the FDA does not regulate or oversee citrulline malate -- or any dietary vitamins or supplements, for that matter. Before starting a new supplement, be sure to talk to your doctor about the possible benefits or side effects. 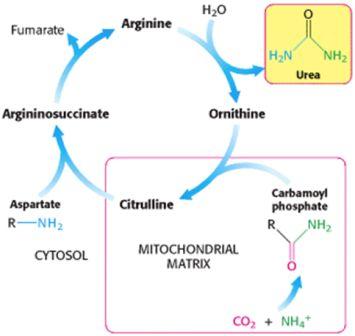 There are several ways that CM is helpful to an athlete who specializes in either aerobic or non-aerobic exercise:

While working out and following a healthy, protein-rich meal plan can help you reach your fitness goals, taking a CM supplement can give you an extra edge. A study on lab rats shows increased muscle efficiency after taking 250mg of citrulline malate per kg of bodyweight.[4] The human equivalent is 40mg per kg of body weight, which translates to roughly 3.3g for a 185-pound male.

As far as weight lifting, which is the main use for this supplement, there are some real benefits. A study in Spain shows that bench press repetitions increased by almost 53% when the lifters took CM. In addition, it showed a remarkable 40% decrease in muscle soreness after the sets were complete.[5]

On top of its muscle-building benefits, it also works well for aerobic exercise. A study published in the journal Medicine and Science in Sports and Exercise demonstrated reduced exhaustion in 17 young, healthy men and women training on a treadmill.[6]

In another study, when 17 male cyclists were given CM before exercising, post-workout blood samples demonstrated plasma increases of citrulline, arginine, ornithine, urea, creatine, and nitrate, which makes it beneficial for increasing time to fatigue as shown above.[1]

When considering both performance and value, an optimal single dose of CM is 3g to 6g.

Despite the fact that citrulline is converted to arginine, the amino acid that actually boosts nitric oxide levels, it has been found to be better than supplementing L-arginine due to higher bioavailability and more efficient pathways. This explains its recent popularity over arginine when it comes to nitric oxide supplementation.

Citrulline malate is shown to be free from negative side effects according to the Citrudose Pharmacokinetic Study.[3] It involved eight fasting males, and once tested, they demonstrated that CM is more effective than L-citrulline alone. The combination provides a fast-acting boost to supercharge your workouts and increase muscle gains.

Sign up for future Citrulline Malate deals and coupons!

Citrulline Malate is a unique combination of the amino acid citrulline and the organic salt malate. It’s ideal for people involved in high-intensity exercise such as weightlifting and sprinting,...

L-Citrulline is hands down one of the most powerful supplements around when it comes to achieving the PUMP. Taking L-Citrulline is an effective way to increase nitric oxide production in the body,...