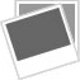 Go to Store
Quick Links to Deal PricesHow does this work and how do stores get listed? See our disclosure below to learn more.
Size
Deal Price
180 Capsules
$169.51
Go to Store
Go to Store
Compare store prices

Growth hormone (GH) plays a critical role in human muscle growth and metabolism. It stimulates protein synthesis, reduces protein breakdown, and enhances fat metabolism. The cutting-edge ingredients in P6 Ultimate GH may help support the production of growth hormone which converts to the hormone IGF-1. P6 Ultimate GH also features the core of the legendary testosterone-support formula P6, which supports muscle size, strength, and natural testosterone levels. The result? The perfect synergy of GH and testosterone support - together in one formula.