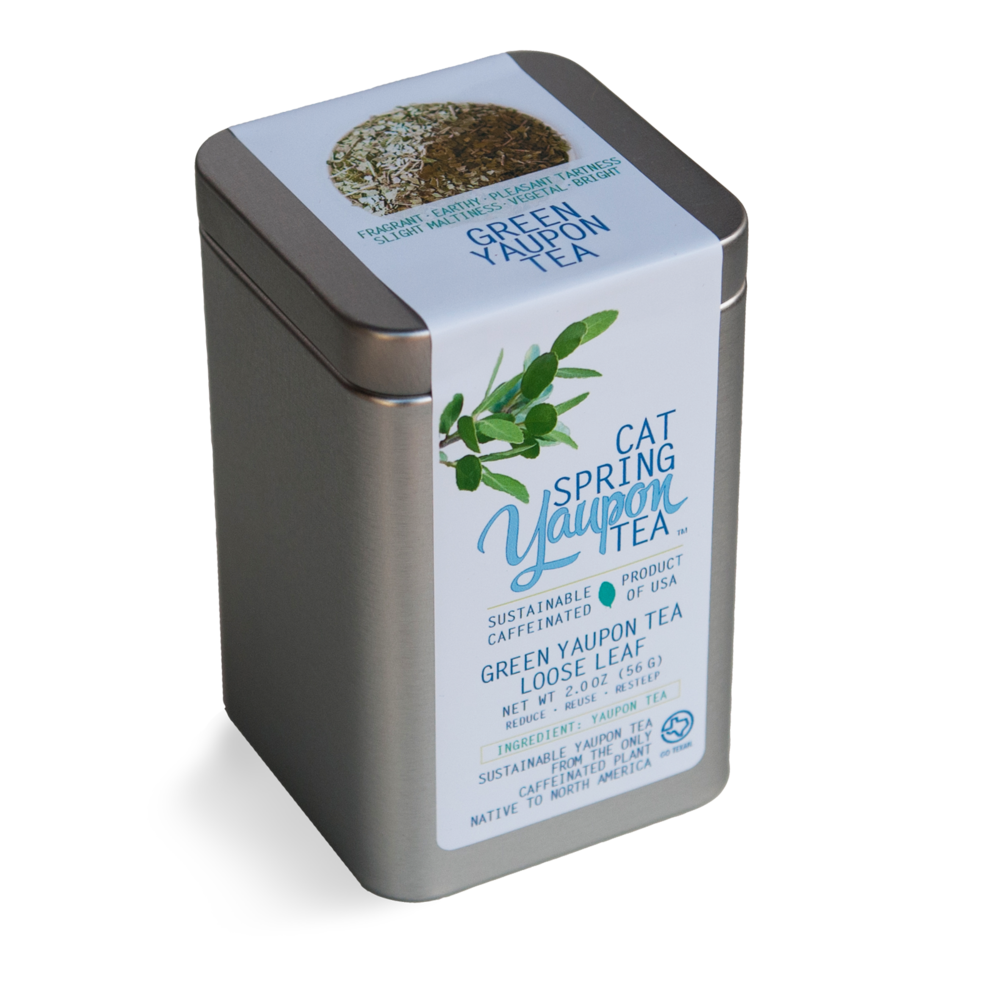 Cat Spring, one of the few yaupon teas on the market ... and always Made in America!

America is hopelessly addicted to caffeine, and traditionally most of it has come from somewhere else.

Virtually all coffee comes from warmer climes in and around the southern hemisphere, and while the U.S. does have a fair amount of tea plantations on both coasts, it doesn't produce the volume or have the cachet that countries like China, India and England do for their leaves.

Coffee and tea have always been the Big Two for naturally caffeinated beverages and likely always will be. Meanwhile, yerba mate, a type of holly native to South America, has been coming on strong as a third alternative as of late. Yerba mate is intriguing because it blends the milder flavor and collection of healthful polyphenols found in tea[3] with the caffeine punch of coffee.

But just like the other major caffeine sources, yerba mate has to be imported. But what if there was an equivalent growing right here in America all along?

The United States has its own native analogue to mate that's been overlooked for hundreds of years -- yaupon. Like mate, yaupon is a holly variety that's fairly easily found in the wild. It mostly grows in the southeastern states, stretching all the way from northern Florida to the Gulf Coast area of Texas.

Yaupon is similar to mate in composition, but actually tends to have a sweeter and more palatable taste when brewed. A 2014 blind taste-test comparison between the two found that 41% of participants scored the taste of yaupon positively, while only 19% were favorable to mate![1,4]

The growing range of yaupon

So if they're fundamentally so similar, why is imported mate blowing up while native yaupon is almost completely and totally overlooked?

The roots of that are in the history of its use. Native American tribes in the southeastern states were the first in recorded history to brew tea from yaupon. Unfortunately, they somehow got the idea that it was to be used in "cleansing rituals" that involved drinking as much tea as you could hold then vomiting![5]

The story goes something like this: Natives referred to it as the "black drink", and scientists would later name it "I. Vomitoria." Modern science indicates that there's nothing about yaupon that makes you vomit, however. The tribes that used it that way were vomiting either due to simply chugging a ton of hot tea too fast, or due to a strong psychosomatic belief that it would make them puke.

But that early stigma has apparently been a powerful and long-lasting one. At the end of the taste-test mentioned before, participants who liked yaupon were asked if they would purchase it, prior to the scientific name and native ritual history being revealed to them. Learning the name and history caused almost half of them to change their minds about purchasing it![1]

Could It Be The Next Big Thing? 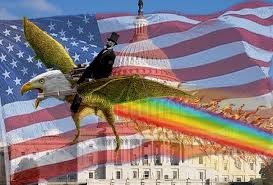 There are a few small commercial producers of yaupon tea in America, and they're quite bullish on it, citing growth over the last couple of years. People who buy it are usually looking for a caffeine source that's made in America and that they can be sure isn't contributing to environmental damage or human misery somewhere overseas.

Cost is the issue... for now

Aside from the unfortunate name and history, the main obstacle right now seems to be production costs. Yaupon is much more expensive to produce than mate and standard teas, running at roughly $1 per tea bag at the moment at retail (whereas mate is about $7-8 per pound).[2]

Part of that is United States labor and production costs just not being able to compete with countries where regulations are much more lax, but the few companies producing yaupon thus far here are also committed to a wild-picked product that's certified organic and fully sustainable.

That's certainly admirable, especially in comparison to mate production in other countries, which has actually caused massive ecological damage in some cases thanks to "slash and burn" practices. But no yaupon plantations exist, or are likely to exist, and as long as that's the case the price can never really be hope to competitive with cheaper teas and mate.

So we're not sure if yaupon can break out in the same way that mate has, but it has potential as a premium alternative for those who want a better-tasting product that's cultivated in a way they can feel good about, and that also keeps their money in the U.S. economy.

For now, it's available in teas, which you may see below. The most prominent brand is Cat Spring Tea, who claims it to be "As American as Apple Pie".

But someday, we envision an "all-American" energy supplement, and you know we'll be right here to update this post when it's out.

YAUPON TEA WITH ROOIBOS - Inspired by traditional chai, with a decidedly western twist, our yaupon tea chai blend with rooibos has beautiful spices that don't overwhelm mild roasted notes of...