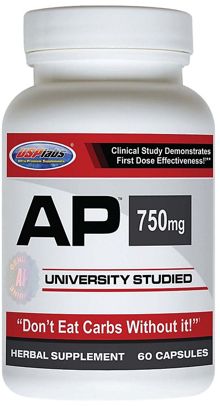 Go to Store
Quick Links to Deal PricesHow does this work and how do stores get listed? See our disclosure below to learn more.
Size
Deal Price
60 Capsules
$21.99
Go to Store
Go to Store
Compare store prices

Odds are, you've either heard of it tried it and love it, or are scratching your head right now asking what it does and why it's beneficial. This is due to a general lack of accessible information on the product, as well as the relative complexity of the mechanics involved in how the ingredients exert their effects. We break it down for you on this page, in simple English that you can understand.

In very brief summary, the effects of AP can be summarized as follows:

And these aren't shady claims based on animal studies. The ingredients in AP have extensive published documentation in humans verifying their effects. With a significant history of use in traditional chinese medicine, modern scientists have investigated the authenticity of their effects and found very promising results. In some cases these results rival those of modern pharmaceuticals.

So if you're interested in optimizing your carbohydrate consumption, and making sure your muscles utilize your carbs for energy instead of fat storage, AP is the supplement for you.

We're sure more than a few readers are going to see these claims and assume that it's just another supplement company fudging the facts and making outlandish claims.

Fortunately in addition to the extensive published human documentation on the ingredients within AP, USPLabs funded and published a study demonstrating that the published data translates effectively to their finished product with the specific extracts and dosing utilized in AP.

And this isn't a carefully manipulated data set of old cripples like so many other supplement studies, this study was performed in resistance trained, non-diabetic healthy young men.

You can find the full text of this study for free in the journal 'Nutrition and Metabolic Insights.'[15]

How do the ingredients work?

So, we know it works but how does it work? Luckily there is an abundance of information about what the ingredients do, and how they do it.

Warning: the following sections are complicated, so we'll do our best to explain them in clear English. This is a relatively advanced supplement with complex mechanisms behind it.

The active compound in this ingredient is named berberine. Berberine is an extremely well-documented blood sugar lowering agent, and will help optimize your muscles utilize carbohydrates for energy, instead of storing them as fat in those areas where you least want it.

Berberine can exert its effects both acutely due to its own rapid bioavailability for postprandial carbohydrate optimization, as well as over an extended period of time due to several of its metabolites ( thalifendine, jatrorrhizine, berberrubine, demethylenberberine) exerting the same effects as the parent compound.[1]

The main mechanism of action of berberine in the body is through activation of AMPk (Adenosine Mono-Phosphate Kinase). AMPk is an enzyme that plays a critical role in maintaining proper energy balance within the body. 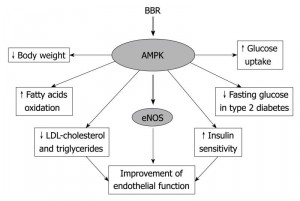 For example, when energy stores are low, it will trigger lipolysis and burn fat for energy. But when energy supply is high, it will allow for more fat storage. Muscles store rapidly accessible energy in the form of a molecule named ATP (Adenosine Tri-Phosphate). When they use this energy, ATP is converted into ADP (Di-phosphate) and then AMP (Mono-phosphate). As you exercise and burn energy, AMP levels rise and ATP levels fall, and AMPk senses cellular energy balance by comparing ratio of these two molecules.

One triggered, AMPk is involved in a cascade of dozens of enzymatic reactions. That's a lesson for your college biology class so we're not going to attempt to address all of those here, just a few that we're particularly interested in.

Increased AMPk regulates fat metabolism and can induce lipolysis while blocking the proliferation of new fatty tissue through the activity of a series of proteins known as adiponectin[6]. The interesting thing is that adiponectin then induces further AMPk... which induces further adiponectin... you get the point.

The ingredients in AP have extensive published documentation in humans verifying their effects...
...this study was performed in resistance trained, non-diabetic healthy young men.

Its activity is reduced in the obese and those with insulin resistance. As would be expected, these effects lead to fat loss which has been documented in multiple human trials, where those with metabolic syndrome lost 13% of body weight [7] and overweight but healthy subjects lost an average of 5 pounds.[8]

It's worth noting that these weight loss effects were in the absence of dietary changes, so they were wholly derived from metabolic advantages. Additionally, in the latter of the two human studies, the weight loss favored fat mass over lean mass, which is always a beneficial state to be in when losing weight.

The blood sugar lowering effects of berberine were accidentally discovered in 1988 [9], after berberine was administered for diarrhea based on its traditional chinese medicinal use. A meta-analysis of 14 human trials consisting of a total of over 1000 human subjects in recent years on the effects of berberine on glucose metabolism noted the following statistically significant results [10]:

Another big target of AP, Berberine has been shown repeatedly to stimulate the uptake of glucose into muscle cells for storage as glycogen [11,12]. This means more muscle fullness, and better utilization of your carbohydrate consumption for energy when exercising.

There is of course a catch to everything, and berberine has been shown to induce a protein named Atrogin-1. This protein signals for the breakdown of muscle and inhibition of muscle protein synthesis. However, these effects are minimal and are more than offset by the massive surges in muscle protein synthesis as a result of the additional exercise capacity you're going to have thanks to your heightened glycogen stores. 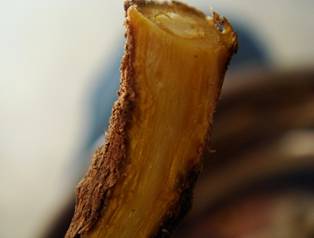 Berberine can have significant beneficial effects on cholesterol as well. Lowering the cholesterol of hypercholesterolemic people by up to 25% in 3 months.[2] This action is a result of inhibited degradation and increased synthesis of LDL receptors, which uptake LDL cholesterol from the blood and transport it to the liver for metabolism and clearance.[3]

Lots of people notice increased pumps when supplementing with AP, hence its original name, Anabolic Pump. In addition to the increased muscle fullness as a result of increased glycogen storage these effects are also a result of berberine-induced vasorelaxation and boosting NO. This effect has been shown in both rats and humans.[4,5]

Because of its beneficial effects on helping your body optimize energy metabolism, berberine can help reduce the frequency of your body having to turn to more eccentric ways of generating energy.

When your body runs low on glycogen, it can resort to a process called hepatic gluconeogenesis, a process in which the liver converts non-glucose substances into glucose. Often the source material for this conversion are glucogenic amino acids.

AP isn't a supplement for people who are lazy.

While this is entirely natural, it's not ideal. You've got better things to use your amino acids for than energy production such as building muscle, and preserving brain function. In a perfect world, your body can satisfy all of its energy needs through carbohydrates, and the oxidation of fatty tissue.

Fortunately for you, berberine inhibits this wasteful process as a result of the more favorable glucose metabolism freeing up your amino acids for their intended purpose.[13,14]

As you can see, berberine elicits a broad range of positive metabolic effects that are well documented in humans.

Not quite as well documented as the rockstar ingredient in the product, crape myrtle is still an effective part of the formula in AP.

Traditionally known as Banaba, crape myrtle contains a compound called 'corosolic acid'. This compound has been researched in humans for its blood sugar lowering effects [16] and shown to be effective. Corosolic acid has also been shown to reduce cholesterol.[17]

Also seen as a result of its supplementation is inhibition of fatty tissue proliferation.[18] This means less blood sugar being stored as fat, and more available as energy.

So, despite the somewhat lower level of published documentation, crape myrtle appears to be an effective add-on to boost the metabolic benefits of the berberine in USP Labs AP.

But does AP have the proper dosages? 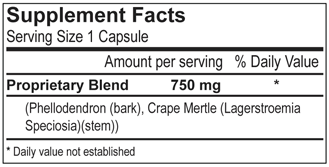 So, the ingredients are well-studied, but how do you know they are included at effective doses and that the supplement itself will do what it should?

Fortunately, USPLabs goes above and beyond many other companies in the industry and has funded and published a study on the ingredients in AP. In their study on resistance trained non-diabetic healthy men, consumption of AP as directed -- in combination with carbohydrate meals -- resulted in lower blood glucose, and lower insulin levels compared to control. Due to this behavior, products like this are also known as glucose disposal agents, or GDAs.

This indicates that AP has the same effects one would expect based on the well-studied effects of its ingredients. You can see this study in the journal 'Nutrition and Metabolic Insights' where the full text is available online for free.[15]

How to take it

Always follow label recommendations on your supplements, in this case, one capsule twice daily along with carbohydrate containing meals. Consumption of AP too far away from carbohydrate consumption can result in minor hypoglycemic effects which are obviously not desirable (see the safety section for more info).

Is it safe? Are there any side effects?

Both ingredients in AP have significant safety data backing them. The aforementioned meta-analysis on berberine [10] details that the only occasional side effects noted with consumption were gastrointestinal discomfort (indigestion), but those effects were eliminated when the dose was split up (which is what you'll find on the label recommendations suggesting one capsule twice daily). Crape Myrtle was found to be safe with no adverse effects in human study.[19]

Side effects of berberine were eliminated when the dose was split up (which is what you'll find on the label recommendations suggesting one capsule twice daily).

Additionally, when taken on an empty stomach away from meals, the ingredients can cause minor hypoglycemia, which again points back to strictly following the label directions on any supplement you take.

Regardless of this safety data, talk to your doctor and get written consent before beginning this or any other dietary supplement. This is especially important if you have any metabolic syndrome where the effects of AP may be exaggerated.

Buy your supplements online. It's cheaper, and more convenient. Check out our price comparisons to see which of our carefully selected online stores has the product available for the cheapest.