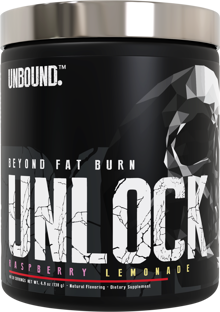 Go to Store
Quick Links to Deal PricesHow does this work and how do stores get listed? See our disclosure below to learn more.
Select Variation(s):
Size
Deal Price
20 Servings
$50.00
10% OFF
Go to Store
Go to Store
Compare store prices

Acetyl-L-Carnitine (ALCAR) is an acetylated version of l-carnitine that has significantly greater bioavailability than regular L-Carnitine and helps combat physical and mental fatigue.*

Carnitine plays a vital role in the body’s ability to burn fat for energy as it facilitates the transportation of fatty acids into the mitochondria where they can be oxidized (“burned”) for energy.*

MitoBurn is great for athletes and individuals of all kinds seeking better results from their efforts in the gym and in the kitchen as well as those looking to promote healthy and a more favorable body composition.*

Paradoxine is the industry-leading, standardized and patented grains of paradise extract standardized for 6-paradol.*

L-Tyrosine is an essential amino acid used in the production of important neurotransmitters, including dopamine, as well as catecholamines, including norepinephrine and epinephrine, that play a key role in the fat burning process.*

Developed by NNB Nutrition, RhodioPrime is a high-quality form of rhodiola crenulata standardized to an industry-leading 6% salidrosides!*

Rhodiola has been used for centuries for its anti-stress and fatigue-abating benefits as well as its mood-enhancing properties. Salidroside is one of the key “energizing” bioactives naturally-occuring in rhodiola.*

InnoSlim is a patented blend of highly purified Panax notoginseng root and astragalus membranaceus root extracts, developed by NuLiv Science that has a number of alluring weight loss/management qualities.*

In vitro studies indicate that the bioactive compounds found in InnoSlim (ginsenosides) can inhibit glucose uptake up to 41% within the small intestine via a reduction in the expression of SGLT1. Additional research suggests that InnoSlim may enhance glucose uptake into the muscle cells through increasing GLUT4 activity, supporting stable blood glucose levels and muscle energy production.*

BioPerine supports greater nutrient bioavailability via inhibition of enzymes that metabolize nutrients (such as CYP3A4) as well as proteins that contribute to first-pass elimination of drugs (such as P-glycoprotein).*

Additionally, piperine also possesses some modest MAO inhibition activity, which helps prolong the activities of feel-good neurotransmitters, such as dopamine.*

Many caffeine-based supplements, including pre workouts and weight loss aids, deliver intense energy out the gate, but after a short time, the pronounced increase in energy, mood and focus dwindles, quite often leaving individuals with the dreaded “crash.”

Zum XR is a novel, patented coating technology that allows various ingredients, including caffeine, to have a longer lasting effect in the body. In combination with caffeine anhydrous, this provides the strong and sustained energy needed to keep you going strong before, during, and after the workout!*

Fucoxanthin is a carotenoid naturally occurring in seaweed which exhibits anti-diabetic, anti-oxidative, neuroprotective, and cardiovascular-supportive properties.*