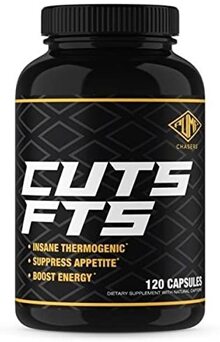 Go to Store
Quick Links to Deal PricesHow does this work and how do stores get listed? See our disclosure below to learn more.
Size
Deal Price
120 Capsules
$35.14
Go to Store
Go to Store
Compare store prices
See all Pump Chasers Products on PricePlow

Vitamin C is a potent, water soluble antioxidant that supports the immune system and is required for the growth, development and repair of all body tissues and is involved in many important body functions.

Loaded with all kinds of polyphenols, catechins, and other bioactives, green tea is a beverage that needs little introduction. It’s prized for its heart-healthy benefits and has become a fat loss staple due to its EGCG content.

Numerous studies have determined that the catechins naturally occurring in green tea increase energy expenditure and fat loss.[3,4] Some studies have even noted that green tea supplementation boosts exercise endurance, enabling you to torch more calories while training, making for faster fat loss![5]

All great fat burners are built upon a solid foundation of CNS-stimulating caffeine, but not all caffeine’s are created equal. Often times, weight loss aids utilize the cheaper caffeine anhydrous, which provides an immediate and aggressive burst of energy that almost always comes with a side of jitters and nasty energy crash.

Cuts FTS avoids the uncomfortable highs and lows of caffeine anhydrous by sourcing their caffeine from green coffee. Utilizing this natural form of caffeine provides for a smoother, more prolonged release of energy that bypasses the crash and jitters, delivering only consistent, enjoyable energy all day long.Derived from green coffee.

Guarana is naturally rich in caffeine as well as antioxidants making it a great two-in-one ingredient that boosts energy and supports health. Studies have shown there’s some other interesting compounds present in guarana aside from caffeine. When compared against each other, guarana provided additional stimulation that plain caffeine and other studies note that guarana is particularly beneficial to cognitive function.[6,7]

To provide all-day long energy, Cuts FTS includes the long-lasting energy and focus-boosting supplement TeaCrine. While similar is structure to caffeine, theacrine provides a more sustained, and smooth release of energy. It’s also important to note that theacrine DOES NOT come with a tolerance build up[8,9], unlike caffeine. Basically, this means you keep getting the same energy and focus effects from the theacrine without having to continually up the dose.

The bark of white willow is naturally rich in salicin, a compound remarkably similar to aspirin. It’s been used for centuries as both an anti-inflammatory and all natural pain reliever.[10,11] Salicin also synergizes with many of the compounds in Cuts FTS, such as caffeine, to boost their effectiveness.[12]

Present in tea leaves, theanine is an amino acid known for its ability to relax and calm the mind. Keeping you calm, cool, and collected avoiding those stress-induced eating binges that wreck your fat loss diet. But that’s not all theanine does.

Theanine also synergizes fantastically with caffeine. When paired together, as they are here, theanine theanine enhances the cognitive/focus aspects of caffeine, improving word recognition, information processing, attention switching, and mood.[13,14]

7-Keto DHEA is a naturally occurring, non-hormonal metabolite of the adrenal hormone, DHEA (dehydroepiandrosterone). 7-Keto DHEA revs up your metabolic rate during periods of caloric restriction (i.e. dieting) and also helps regulate cortisol activity in the body, promoting a hormonal environment conducive to fat loss and not fat storage.[15,16,17]

Based on clinical data, having Bioperine in the digestive system with supplemented nutrients results in enhanced absorption. Studies show that when Bioperine is taken with other nutrients, it significantly increases the absorption of those nutrients. On its own, it may enhance the body's natural thermogenic activity and assist the digestive system with supplemented nutrients, resulting in enhanced absorption. BioPerine is included for its ability to enhance the bioavailability of all the other energy-boosting, fat burning compounds in Cuts FTS. This patented black pepper extract inhibits various enzymes in the body, prolonging the actions of all the other ingredients contained here, making for a longer-lasting, more effective fat burning supplement.

ALCAR has all of the benefits of enhancing fat loss and optimizing hormone levels alongside the added benefit of crossing the blood-brain barrier, leading to better mental focus and a synergistic effect with caffeine. Carnitine also has the added benefit of maximizing free testosterone in males.

3. Nagao T, et al. Ingestion of a tea rich in catechins leads to a reduction in body fat and malondialdehyde-modified LDL in men. Am J Clin Nutr. (2005)