Go to Store
Quick Links to Deal PricesHow does this work and how do stores get listed? See our disclosure below to learn more.
Size
Deal Price
180 Tablets
$34.99
Go to Store
Go to Store
Compare store prices
See all iSatori Products on PricePlow

Ideal for those who want to train harder, longer, and power through your workout, without stimulants!

iSatori's Morph incorporates a variety of benefits in a proprietary, three-stage delivery. The supplement aims to support athletes and bodybuilders through their workout much like a pre-workout supplement. At closer look, the main ingredient is beta-alanine.

The benefits of Morph include:

iSatori is formulated for use pre-work, during your workout, and post-workout. The proprietary blend does not always indicate dose size.

This is the matrix that supports pre-workout nutrition. The ingredient list features a proprietary blend, Carnostim-X, or instant type IIx muscle fiber activator.

Beta-alanine is capable of increasing carnosine in the body.[2] Several studies that analyzed the benefits of beta-alanine on sprinters[3, 4] and bodybuilders[5] have shown an increase in intramuscular concentrations of carnosine.

iSatori Morph has a moderate dose of beta-alanine, which means a lower risk for side effects, such as tingling or flushing. 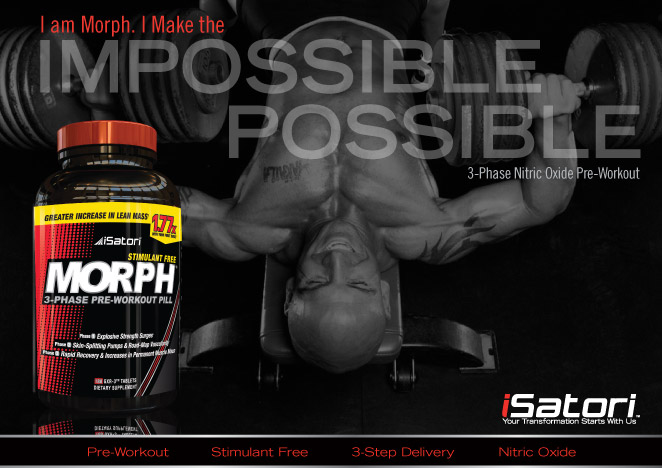 L-histidine is an amino acid used as a building block for proteins. In one study, histidine stimulated sympathetic nerve activity to brown adipose tissue or BAT.[7] Adipose tissue acts like storage for energy in the form of fat. Brown adipose tissue contains high levels of mitochondria and capillaries, which is what gives it a brown color. Due to the vascularity, it's easier to burn fat found in BAT as opposed to white adipose tissue (WAT).[8]

Histidine is safe at 4mg per day, however Morph doesn't show how much you get in each dose. Currently, there are no known side effects, but individuals who are pregnant, lactating, or have a folic acid deficiency are strongly urged to avoid supplements that contain histidine.[9]

Aspartic acid, or asparaginic acid, is a nonessential amino acid that promotes hormone production and can improve nervous system health.[10] While aspartic acid helps promote the production of hormones, it is not to be confused with D-Aspartic Acid (DAA), which is a counterpart of aspartic acid and is responsible for stimulating the release of sex hormones.[11]

Niacin is a B vitamin with a variety of benefits. Because it's water soluble, the body needs to replenish niacin levels each day. Niacin is known for:

Niacin also causes vasodilation, which increases blood flow throughout the body -- one of the benefits Morph offers to bodybuilders.[14]

Glycerol monostearate (GMS) is a compound used mostly as an emulsifier and food additive.[15] It is an osmotic diuretic [16], which bodybuilders use during workouts to help maintain hydration. While this is unsupported by studies, many bodybuilders and athletes have given GMS positive reviews.

L-arginine-L-malate (as (2S)-2-Amino-5-(diaminomethyl ideneamino) pentanoic acid; 2-hydroxybutanedioic acid): L-arginine-L-malate is also known as nitrous malate, a combination of arginine and malic acid that is thought to be better than arginine alone.[17] Nitric oxide production is increased in this form, which leads to vasodilation and improved blood supply.

iSatori Morph also has a matrix for supporting the body after a strenuous workout.

L-malic acid is beneficial to essential amino acid formation and is used in the Krebs cycle to provide ATP,[20] or cellular fuel in muscle cells.

iSatori Morph vs. other pre-workouts 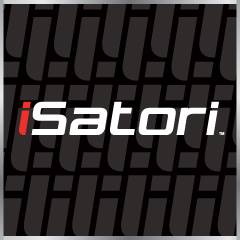 There are many pre-workout power supplements on the market, but iSatori Morph attracts buyers due to its stimulant-free profile. This makes Morph a great PWO supplement for bodybuilders and athletes on PCT.

You can purchase iSatori Morph in stores. But we suggest using PricePlow to find the best price and steep discounts.