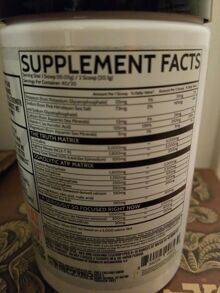 Go to Store
Quick Links to Deal PricesHow does this work and how do stores get listed? See our disclosure below to learn more.
Size
Deal Price
20 Servings
$39.99
Go to Store
Go to Store
Compare store prices

An advanced non-stimulant pre-workout designed to increase blood flow, energy, and focus during exercise.* Time to F*CK SH*T UP.

Directions for use: Mix one serving (1 scoop) per 4 ounces of water 30-45 minutes before workout. Do not exceed 2 scoops in a 24-hour period.