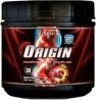 Go to Store
Quick Links to Deal PricesHow does this work and how do stores get listed? See our disclosure below to learn more.
Size
Deal Price
30 Servings
$28.99
Go to Store
Go to Store
Compare store prices

The game changer is what we should have called it. We got tired of seeing the same dodgy proprietary blends with so many ingredients, you could never accurately guess if any of it was going to be enough. The pre workout category is flooded with label flare and the same brodacious claims you hear about that one secret trick to getting six pack abs.

We wanted to bring a product to the market that was built simply around effective ingredients at effective doses. We know the serious athlete doesn’t need to be dazzled they just want a product that works. Origin is going to take your training to new heights and push your past your limits like never before. Our more in depth explanation of each ingredient will explain why you’ll be loving each workout.

This alpha amino acid is going to be a surprisingly awesome add to your preworkout regiment if you haven’t already tried it. Some of the more popular products have been using it for some time and that’s because it works. What’s it work for?

It’s more of a cascade of changes than one direct impact, as is the situation with most ingredients in the complex human physiology. However, it has been studied to an appreciable degree in the field of exercise performance and there’s a lot of supporting evidence. Citrulline at a dose of 3g was found to improve exercise performance in young and healthy men and women (1).

In one study it significantly increased bench press performance till failure and significantly reduce the post workout exercise soreness commonly referenced as DOMS (delayed onset muscle soreness)(3.) This makes it an ideal choice for athletes who are working to the extremes of failure during competition and weight lifters whose post leg day muscle soreness can be incredibly debilitating at times.

Overall you can see why we wanted to use l-citrulline in Origin. It’s not just going to help you get a solid pump and help you warm up effectively, it’s actually going to improve performance giving you the edge you’re looking for in your pre workout.

More simply known as betaine, this ingredient has a lot of potential as an ergogenic aid and you’ll see its presence in pre workouts more and more these days. It wasn’t found in the rain forest, it was actually first discovered in sugar beets. It’s been used in animals for some time now to produce more favorably body composition and enhance the growing process(4).

While the main mode of action remains up for debate there is plenty of evidence accumulating for betaine’s use in the physical culture. It’s been studied in humans quite extensively and carries some awesome benefits for the average athlete. One study observed a significant increase in growth hormone and IGF-1 response to exercise, and a significant decrease in the cortisol response(5). This basically means there is greater potential for muscular hypertrophy and improved recovery from exercise with betaine supplementation.

As cool as that is it has also been shown to enhance squat performance and actually increased the quality of the repetitions performed(6). Enhanced performance is paramount to quality of a pre workout, at least in the eyes of the athlete. Not only will betaine enhance performance but it will help you recover for your next practice out on the track or your next lifting session in the power rack.

If you’ve yet to hear the term adaptogen, it typically refers to an herb with a wide array of health promoting effects. They help the body cope with various stressors and typically have been used for some time in foreign medicine. Despite having broad applications most adaptogens tend to aid greatly in specific areas and rhodiola’s field of expertise is anti-fatigue(7).

Rhodiola Rosea has been to show stimulate the actions of norepinephrine, dopamine, and serotonin in the central nervous system. These neurotransmitters are responsible for a variety of things such as mood and energy levels. It’s also been shown to increase the ability of dopamine and serotonin precursors to cross the blood brain barrier(7).

Those specific effects should produce higher energy levels, better overall mood, and general sense of wellbeing. These results have actually been demonstrated in a variety of human studies ranging from doctors working the late shifts to high school students(7).

Rhodiola has been demonstrated to enhance exercise performance with acute doses and that consistent daily usage of rhodiola did not reduce the effects it had on exercise performance(8). It’s also been shown to be cardio protective through its neurotransmitter modulating effects and protective from different environmental stressors like extreme cold(15).

Training, or exercise in general, can be particularly fatiguing not just physically but also mentally. It’s important to keep the central nervous system functioning optimally during training for quality performance. Not only during training but also after, many of us can’t afford to be run down for the rest of the day after training.

That’s the primary function of Rhodiola Rosea in Origin, as an aid to help athletes cope with the mentally fatiguing effects of exercise both during and after training.

This relatively new form of caffeine has made its way into the supplement world already and is sold widely in diet pills and colas claiming a few benefits to regular caffeine such as improved digestion. There really isn’t much relevant research in that regard but anecdotal evidence suggests di-caffeine malate is much smoother in comparison to generic caffeine anhydrous.

Origin contains just about as much caffeine as most other preworkouts but due to using dicaffeine malate it should feel much smoother and less jittery for those who are not very tolerant to caffeine. By mass, dicaffeine malate is just under 75% caffeine so the 200mg dose/serving in Origin actually yields about 150mg of pure caffeine per serving.

Aside from that di-caffeine malate still has the same awesome studied ergogenic effects regular caffeine has to offer such as:

Caffeine can actually increase the amount of blood flow during exercise as well. I know it’s commonly reported to be a vasoconstrictor but during exercise skeletal muscle regions are less receptive to vasoconstriction due to greatly enhanced blood flow. Caffeine is also a known phosphodiesterase(PDE) inhibitor(29) which has many effects at the cellular level one of which is vasodilation. A better-known PDE inhibitor would be Viagra, which effectively much more potent than caffeine in this regard but the principles are the same(30).

Overall, caffeine is likely one of the most underrated ergogenic considering the heaping amounts of supportive evidence and its relative cost to some of the more exotic ingredients out there. When used properly in moderation along with a proper exercise routine and diet it can have profound effects on your progress.

This amino acid is very prominent in most teas and is considered the main pharmacological constituent responsible for the relaxing effect of teas. It does this by adjusting the frequency of certain brain waves, specifically scaling the brain towards the more focus attention derived alpha waves(17,18).

What’s so special about alpha waves? Alpha waves are one of the four main brain waves(delta, theta, alpha, beta) and are acutely pronounced during relaxed focus and attention. Unfortunately a majority of us spend a lot of our time in the anxiety prone beta wave zone due to the stresses of daily life. Beta waves aren’t very conducive to solid focus and as an athlete you know focus is incredibly important during competition. Theanine can relax you before the big competition, without putting you to sleep(23), so that your level of focus alone will intimidate the competition.

Theanine’s ability to stimulate alpha waves is incredibly helpful in enhancing your workout cognition and many studies have gone to observe these effects alongside caffeine as well. The two play off each other in an incredibly effective synergistic fashion resulting in greatly improved memory, reaction time, and self-reported levels of mental fatigue(16). Theanine effectively blunts the ‘jitters’ many experience from caffeine in larger doses while caffeine brings the overall energy state much higher.

Theanine has been studied in rodents using some exercise models to determine if it has anti-depressant qualities. If the animals work longer under stressful conditions but remain relatively similar in normal conditions than its considered to be anti-depressant, caffeine for example would be considered a strong anti-depressant(20). Theanine was found to have significant anti-depressant effects(21) and should result in greatly improved exercise tolerance and reduce the perceived level of fatigue in athletes using it.

On top of all that awesome stuff there’s more good news. If you’re a serious athlete and overtraining is more or less just something you do, theanine is going to be amazing for you. It is very common for athletes to feel lethargic and simply mentally drained after a taxing workout and this can be a pain if you’ve got a mentally demanding job. Theanine has been studied in athletes at a dose of only 50mg to greatly accelerate mental recovery after exercise(22). This alongside Rhodiola should greatly attenuate any post exercise mental fatigue, letting you go on with the rest of your daily schedule on time and on point.

Origin will greatly accelerate your training because we made sure to use only the ingredients we would want in our own pre workout and only at doses that work. When you see the effects add up in your own training session we know you’ll have a new favorite pre to cycle in.