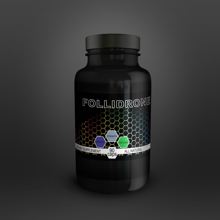 Go to Store
Quick Links to Deal PricesHow does this work and how do stores get listed? See our disclosure below to learn more.
Size
Deal Price
90 Capsules
$49.99
Go to Store
Go to Store
Compare store prices
See all Black Lion Research Products on PricePlow

Do NOT be duped by clones and copies. Our extract is the best available. Others may try to duplicate Follidrone but Follidrone will always remain the King of natural anabolics.

This herbal extract is the next big thing in the supplement industry. Black Lion Research paves the way with a revolutionary new natural anabolic.

There have been thousands of supplements introduced that promised muscle growth and increased performance. Most leave the user disappointed. How many times have you purchased a supplement only to feel let down. Black Lion Research will never disappoint.

Finally there is a natural option for guys looking for-

All of this in a natural product with tons of health benefits.

According to research studies Follidrone may:

Trained mice were given epicatechin twice a day and the other half were given water. At the end of the 14-day detraining period, the mice that had been given (-)-epicatechin had retained much of the condition they had built up previously. When the researchers got the animals to run to the point of exhaustion, the mice that had been given (-)-epicatechin were faster, were able to keep running for longer and therefore also covered a greater distance.

Data suggest that (-)-epicatechin may be a suitable compound to maintain exercise-induced improved capillarity and mitochondrial capacity, even when exercise regimens are discontinued.

In animal studies, the flavanol (-)-epicatechin (Epi) yields cardioprotection. The effects may be partly due to its capacity to stimulate endothelial nitric oxide synthase (eNOS).

Epi and/or Ex (by treadmill) was provided for 15 days. Results indicate that Ex or Epi significantly stimulate myocardial angiogenesis by ~30% above control levels. The use of Epi-Ex lead to further significant increases (to ~50%). Effects were associated with increases in protein levels and/or activation of canonical angiogenesis pathway associated events.
Increased bloodflow and oxygen transport.

(-)-Epicatechin decreases myostatin and ß-galactosidase and increases levels of markers of muscle growth. "Various induced or natural conditions leading to myostatin deficiency result in increased muscle mass and strength in normal animals." Two recent studies, performed in mouse models of cancer cachexia, have examined the effects of myostatin inhibitors on physical performance and muscle function, building on previous data that showed positive effects on muscle mass.Mice with Lewis Lung carcinoma treated with ActRIIB-Fc (Fig. 1), a soluble myostatin receptor that binds myostatin, activin and other ligands, showed increases in body weight and muscle weights with grip strength significantly increased and resting time significantly decreased by treatment [32[filled square]]. A myostatin antibody in the same model was able to completely abrogate the tumor-induced reduction in total muscle force in various limb and diaphragm muscles [33[filled square]]. The results of these recent studies are encouraging as the value of myostatin inhibitors to cancer patients exhibiting muscle wasting is ultimately to affect functional performance through increased muscle function.

"Other animal models of muscle wasting have been used to determine if inhibition of myostatin has therapeutic potential in treating a range of muscle wasting conditions. Positive results have been reported in models of chronic kidney disease, disuse atrophy and age and hypogonadism-induced muscle loss." This means that potentially the employment of (-)-epicatechin/Follidrone during or shortly after PCT may help mitigate loss of gains associated with low testosterone levels during PCT.

Follistatin increases muscle gain by reducing both myostatin and activin. May help to reduce loss of gains during PCT and beyond.

You can read more about the ingredient behind this incredible anabolic in our post titled Epicatechin: The Dark Force Behind Dark Chocolate.