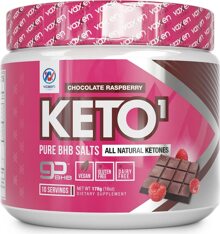 Thaumatin: What is Katemfe Fruit Extract in Vaxxen Labs KETO-1?

The supplement industry is taking the demands of the keto world seriously. In 2018, we've seen an avalanche of new products targeting the low-carb demographic. Vaxxen Labs set out to make an energy drink mix for those that enjoy the lower carb side of life. With just four ingredients, did they hit the mark? 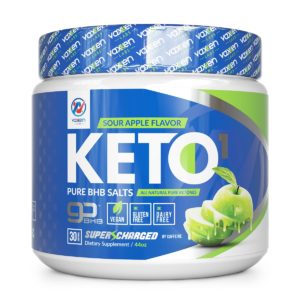 Get Super-Charged with this BHB Salt based Energy Drink! (Caffeine in sour apple flavor only)

Keto 1 by Vaxxen Labs is one of those products beautiful in its simplicity. Barring additional minerals, it has four ingredients, all of which have been subjected to harsh scientific scrutiny and passed with flying colors. The purpose of the product is even simpler: powdered rocket fuel that will let those on a low-carb diet speed through their day with a surplus of good vibes and energy. This lets us set our expectations.

The road forks: stimulant and stimulant-free

In the stimulant version, Keto 1, we expect to see a well-planned energy blend (and now a stimulant-free option) that doesn't force you to rely on glucose to get through your day.

In the non-stimulant version, the brand takes a wild twist, with some extremely unique chocolate-based flavors, one of which knocked our socks off!

But at PricePlow, we're all about the ingredients here. Did they hit the mark with such a stripped down ingredient list? Let's find out, but first, you can check prices and sign up for deals and news alerts from Vaxxen Labs, as this company's been moving fast:

As you'll see above, Mike's got some amazing things to say about the product, but a bit of constructive criticism also discussed below.

Next we get into the ingredients for the powder version. For the sake of this blog post, we're going to focus on the sour apple flavor which has caffeine. You can note that the front of its label says "Super Charged by Caffeine".

The Keto-1 Benefits, as taken from Vaxxen Labs' website

This is where things get really fun.

What is "Katemfe Fruit Extract"?! 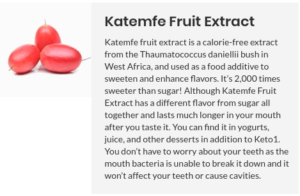 Keto-1 is the first time we've seen Katemfe Fruit Extract... and given how much better this tastes than other stevia-sweetened BHB supplements, we're wondering if this is why!

One thing you'll notice is that this product is not only stevia sweetened! There's no artificial sweeteners, but there is something known as "Katemfe Fruit Extract". What is this?!

Sometimes known as thaumatin, katemfe fruit extract is a calorie-free sweetener from the Thaumatococcus daniellii bush in West Africa. It's supposedly 2,000 times sweeter than sugar!

This brings a slightly different flavor profile (and clearly one that we love), and also has a longer-lasting mouthfeel, so the sweetness hangs in there longer than the salts or stevia!

This is a very unique play, and clearly adds a little "something extra" to the flavors that we love so much here. We hope to see more of it in the future.

Conclusion: Keto-1 is the bomb, but could be even bombier

Keto-1 is fantastic, but has us a touch confused. 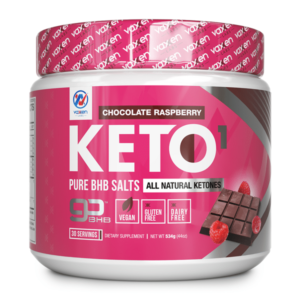 Don't want caffeine? Then this is hands-down the flavor to get!

But long story short? If you understand those points - and that's why we're writing this article, then we recommend our low-carb followers give it a shot and draw their own conclusions.

Our fans that live the high-carb life won't find much benefit here (save for an interesting 130mg caffeine and perhaps some cognitive benefits), as the body will continue to use glucose for energy if BHB salts are just pulsed through supplementation.

We see an amazing niche this product can target: low carbohydrate endurance runners… and anyone who misses chocolate on the stimulant-free side of it. The keto diet is gaining a lot of clout in the marathon world. This product could be at the forefront of that new movement, especially with that chocolate raspberry flavor.