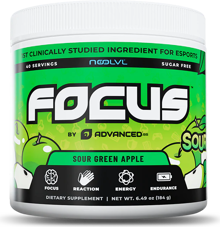 Go to Store
Quick Links to Deal PricesHow does this work and how do stores get listed? See our disclosure below to learn more.
Select Variation(s):
Size
Deal Price
10 Servings
$20.25
Go to Store
20 Servings
$40.50
Go to Store
Go to Store
Compare store prices

This ingredient is comprised of two components: Bonded Arginine Silicate combined with an additional dose of inositol.

Found at high levels in the brain, inositol is known for its important role in brain health and function.

Focus 2.0 uses the first dietary ingredient of its kind to be clinically studied in esports athletes in an effort to demonstrate its safety and efficacy.

Clinical research has shown that a single dose of Focus 2.0 can significantly improve:

* While the active ingredient described above is not a stimulant – Focus does include a dose of caffeine in its formula.